Scroll down for all of our predictions, poll and stats for the Eibar v Athletic Bilbao game - as well as up-to-date odds.

Eibar will be looking to improve on their last outing here after the 2-1 La Liga loss in their previous game against Villarreal.

In that match, Eibar had 43% possession and 12 shots at goal with 4 on target. The only player on the scoresheet for Eibar was Kike García (50'). Villarreal CF had 14 shots on goal with 8 of them on target. Gerard Moreno (63') and Paco Alcácer (71') scored for Villarreal.

In their past 6 games, José Mendilíbar's Eibar have celebrated scoring a total of 6 times which gives them an average number of goals scored per match equal to 1.

Their previous form shows that Eibar:

After being beaten in their last game against Granada in La Liga action, Athletic Bilbao and their travelling fans will hope for a better result here.

The forward players for Athletic Bilbao have been starved of goals over their previous 6 games, netting the disappointing return of only 3. In those fixtures, Los Leones have also seen the overall goal tally of their opponents equal 12. That being said, we must now wait to see if the trend shall be sustained in this next game.

Leading up to this clash, Athletic Bilbao:

Looking over their past head to head clashes dating back to 27/08/2017 shows that Eibar have won 0 of these and Athletic Bilbao 2, with the tally of drawn matches being 4.

An aggregate of 10 goals were scored between them in this period, with 4 for Armeros and 6 netted by Los Leones. The average number of goals per game works out to 1.67.

The last league game featuring these clubs was La Liga match day 29 on 17/06/2020 and the score finished Eibar 2-2 Athletic Bilbao.

Athletic Bilbao got 6 attempts at goal with 3 of them on target. Raúl García (8') and Villalibre (81') scored.

Thanks to a fully healthy squad to choose from, Athletic Bilbao manager Gaizka Garitano does not have any fitness worries whatsoever ahead of this match.

We are of the inclination to think that Athletic Bilbao and Eibar should both get enough opportunities to score, although it’s hard to separate the two.

Little in this one, and it’s almost too close to call. That is why we are leaning toward a 1-1 score draw at the end of this game.

Both Teams to Score Prediction for Eibar vs Athletic Bilbao
Yes 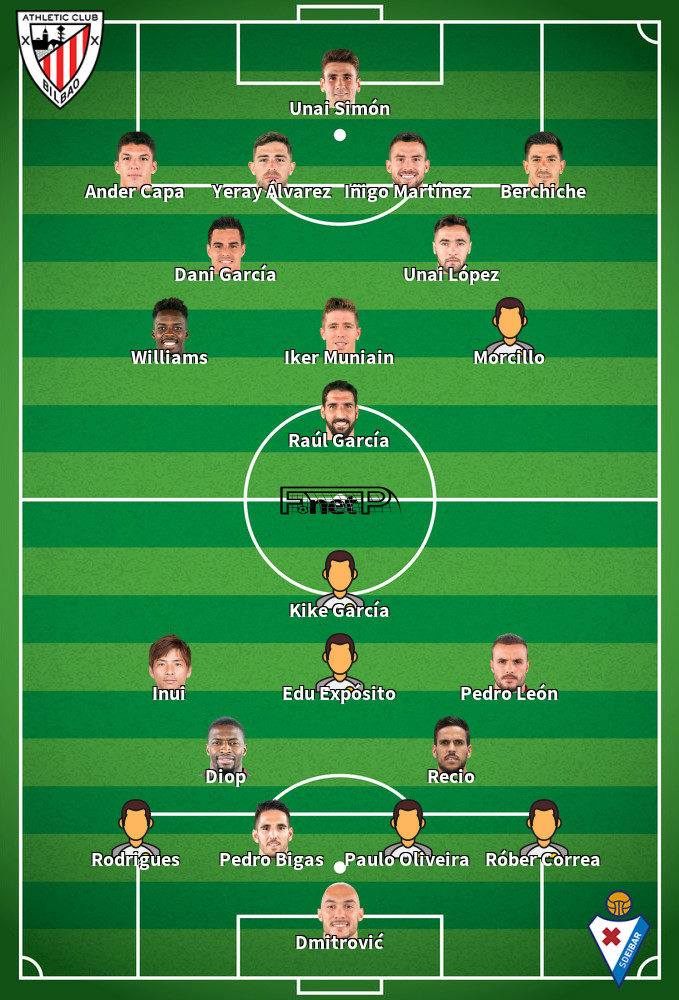