Red Bull Bragantino, who won their previous game, will hope for a similar result following a 4-2 Serie A success versus São Paulo.

Over their past six fixtures, Maurício Barbieri's Red Bull Bragantino have hit the back of the net a total of 6 times resulting in an average number of goals scored per match of 1.

Atlético Mineiro come into this clash following on from a 2-0 Serie A win as they beat Coritiba in their last game.

Jorge Sampaoli's Atlético Mineiro have seen their goal attempts be successful 9 times throughout their most recent six matches. The overall goals that they have conceded during those same clashes equals 8.

The last league game featuring these clubs was Serie A match day 10 on 13/09/2020 which finished with the scoreline of Atlético Mineiro 2-1 Red Bull Bragantino.

The referee was Ramon Abatti.

Red Bull Bragantino manager Maurício Barbieri has a full complement, with no fitness worries whatsoever before this clash with a completely injury-free squad available to select from.

We think that Red Bull Bragantino will need to put in a solid display to get anything against this Atlético Mineiro outfit who we think will manage to get a goal of their own in a winning performance.

That’s why we have predicted a very competitive encounter with a 0-1 winning score for Atlético Mineiro when the full-time whistle blows. 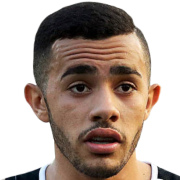 Mostly played in the Striker position, Cláudinho was born in Brazil. Having made a first senior appearance for Ponte Preta in the 2017 season, the accomplished Forward has netted 10 league goals in the Série A 2020 season to date coming from a total of 24 appearances.

We have made these Red Bull Bragantino v Atlético Mineiro predictions for this match preview with the best intentions, but no profits are guaranteed. Please always gamble responsibly, only with money that you can afford to lose. Good luck if you do place a bet today.