The Liga MX (Clausura) fixture at The Estadio BBVA on Saturday will see home side Monterrey welcome Atlético San Luis.

Our Monterrey v Atlético San Luis predictions, statistics and match poll can be seen below (including the best match odds).

Monterrey head into this fixture after a 0-0 Liga MX (Clausura) stalemate vs Atlético San Luis.

Víctor Vucetich's Monterrey have netted 8 times over their prior six outings. Conversely, the number of goals that they have conceded in those same games stands at 9.

Ahead of this clash, Atlético San Luis are undefeated in their last 2 away league matches.

A review of their prior head to head meetings going back to 21/09/2020 shows that Monterrey have won 3 of them and Atlético San Luis 1, with the number of drawn matches being 2.

14 goals were scored between them in these games, with 8 from Los Rayados and 6 belonging to Rojiblancos. The average goals per game has been 2.33.

The previous league meeting between the two was Liga MX (Apertura) match day 3 on 17/07/2022 which finished with the scoreline of Atlético San Luis 0-1 Monterrey.

On that occasion, Atlético San Luis managed 36% possession and 12 attempts at goal with 1 on target.

Monterrey got 19 attempts at goal with 5 of them on target. Rogelio Funes Mori (83') scored.

There’s just one fitness concern for the Monterrey boss Víctor Vucetich to contend with thanks to an almost full-strength group of players. Joao Rojas (Cruciate Ligament Rupture) will miss out.

With a fully injury-free group available for selection, the Atlético San Luis boss André Jardine doesn’t have any fitness concerns whatsoever coming into this match.

We’ve got the feeling that Monterrey have it within them to be able to create a decent number of chances and shots on target.

Conversely, Atlético San Luis may well find it hard to get a goal of their own but we do fancy them converting at least once here.

We reckon that it will be a 3-1 winning margin for Monterrey come full-time. 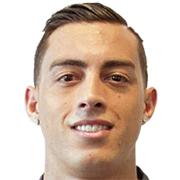 Customarily taking up the Striker position, Rogelio Funes Mori was born in Mendoza, Argentina. After making a first senior appearance for River Plate in the 2009 - 2010 season, the skilful Forward has hit 4 league goals in the Liga MX (Apertura) 2022 - 2023 season so far in 9 appearances.

We have made these Monterrey v Atlético San Luis predictions for this match preview with the best intentions, but no profits are guaranteed. Please always gamble responsibly, only with money that you can afford to lose. We wish you the best of luck.