Austria Klagenfurt will be hosting visiting rivals SV Lafnitz at Wörthersee Stadion in the 2. Liga tie on Monday.

Our Austria Klagenfurt v SV Lafnitz predictions, statistics and match poll can be seen below including the latest game odds.

Austria Klagenfurt go into this match coming off the back of a 0-0 2. Liga drawn game vs Floridsdorfer AC.

Their latest results reveal that not much more can be done by the Austria Klagenfurt defence. Klagenfurt have been miserly, with the total number of goals that have gone in at their end during their last 6 outings standing at 4.

Coming into this clash, Austria Klagenfurt are unbeaten in their last 2 home league matches.

After suffering a loss in their previous game against Rapid Vienna II in 2. Liga action, SV Lafnitz and their fans will hope to get a better result this time.

Over the course of 5 of the past 6 games featuring SV Lafnitz, a notably low volume of goals have been hit between them and opposing teams. The overall average goals scored per game in that spell works out to just 2.17, with the number of goals averaged by Lafnitz standing at 0.83. Having said that, it remains to be seen whether that pattern might be sustained here in this match or not.

Going into this encounter, SV Lafnitz haven’t won away from home in the past 2 league matches.

A review of their prior head-to-head clashes dating back to 26/10/2018 shows us that Austria Klagenfurt have won 4 of them & SV Lafnitz 1, with the tally of drawn matches being 1.

19 goals were produced between them in these games, with 13 for Klagenfurt and 6 netted by Lafnitz. That’s an average goals per game figure of 3.17.

The last league meeting featuring these clubs was 2. Liga match day 6 on 23/10/2020 when the final score was SV Lafnitz 2-1 Austria Klagenfurt.

The referee was Florian Jäger.

With a fully healthy squad ready to go, SV Lafnitz boss Philipp Semlic has zero fitness worries to report coming into this match.

Our feeling is that Austria Klagenfurt will, in all likelihood, dominate on the ball and be rewarded with decent chances.

At the same time, SV Lafnitz will be up against it to score - but, we do see them scoring here.

Our tip is for a decent 3-1 victory for Austria Klagenfurt at the end of this one. 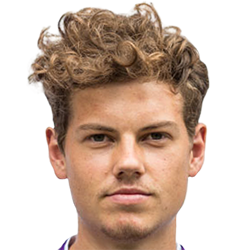 Typically taking to the field in the Centre Midfield position, Patrick Greil was born in Austria. Having played his first senior match for Austria Klagenfurt in the 2018 - 2019 season, the skilful Midfielder has scored 5 league goals in this 2. Liga 2020 - 2021 campaign so far in a total of 19 appearances.

We have made these Austria Klagenfurt v SV Lafnitz predictions for this match preview with the best intentions, but no profits are guaranteed. Please always gamble responsibly, only with money that you can afford to lose. Good luck!