To see all of our predictions, user poll & stats for Avaí v Coritiba, scroll down - as well as up-to-date odds.

Avaí prepare for this fixture after a 0-0 Serie A drawn match vs Internacional.

Eduardo Barroca's Avaí have hit the target a sum total of 6 times in their last 6 outings. Conversely, the number of goals that they have conceded in those games is 8.

Looking at their past form shows that Avaí:

Coritiba go into this match after a 3-2 Serie A win in the defeat of Fluminense in their most recent game.

In their previous six outings, Coritiba have amassed a total of 11 goals. Coritiba have also scored in every single one of those games. During those fixtures, their defenders have had 7 goals go into their own net.

Coming into this fixture, Coritiba are without an away win for the past 9 league matches. Who knows how long it might last, too.

A look at their most recent head to head meetings dating back to 30/05/2015 shows us that Avaí have won 1 of these games and Coritiba 5, with the tally of drawn matches being 0.

A combined sum of 19 goals were yielded between them in these games, with 4 of them for Leão da Ilha and 15 coming from Coxa. The average goals per game has been 3.17.

There is just the lone fitness concern for the Avaí gaffer Eduardo Barroca to be concerned with from a near full-strength group of players. Jean Pyerre (Testicular Cancer) is sidelined.

Thanks to a largely available group, there’s just a single fitness worry for the Coritiba boss Gustavo Morínigo to be concerned with. Neílton (Arthroscopie) won’t be playing here.

Our thinking is that Coritiba and Avaí may well find themselves both scoring in what promises to be a very even battle here.

A draw looks like a realistic possibility, but we’ll see what happens. We’re therefore tipping a very even match with a score draw when the full-time whistle blows. 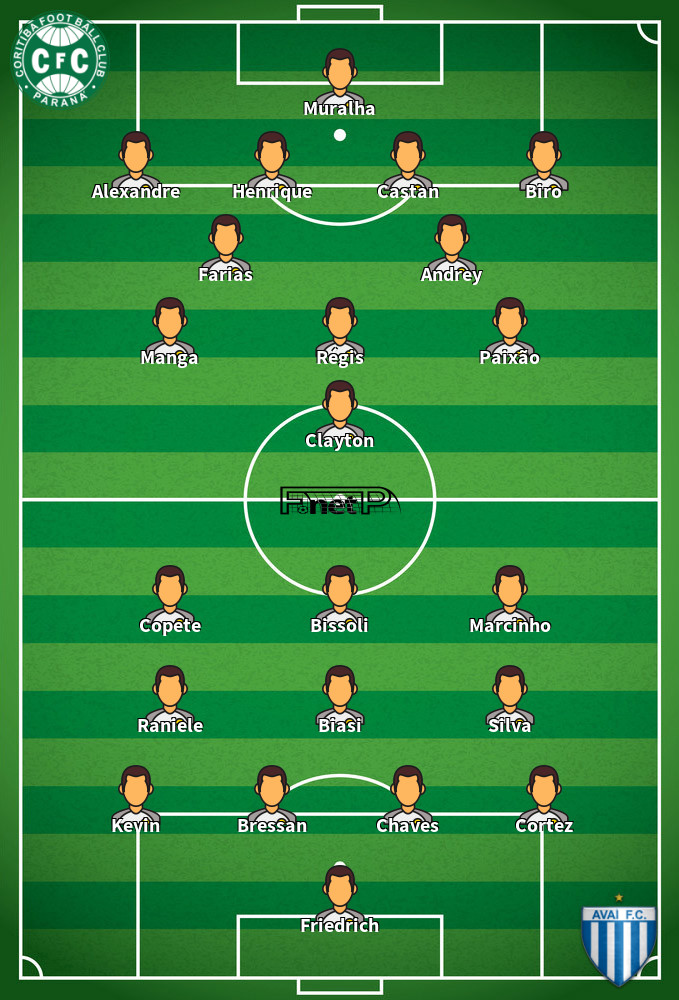 While we have made these predictions for Avaí v Coritiba for this match preview with the best of intentions, no profits are guaranteed. Always gamble responsibly, and with what you can afford to lose. We wish you the best of luck.