The Serie A game at Arena Fonte Nova on Wednesday will see home team Bahia do battle with opponents Palmeiras.

All Bahia v Palmeiras game predictions, stats and user poll are shown below including the latest game odds.

Bahia will be looking for a repeat result of a 0-2 Serie A victory against Atletico PR.

In that game, Bahia had 41% possession and 8 attempts at goal with 4 on target. For Bahia, the goalscorers were Nascimento (44') and Gilberto (50'). Atletico PR got 16 shots at goal with 3 on target.

Diego Dabove's Bahia have found the net a sum total of 8 times over their prior 6 outings. Conversely, the tally of goals that have been scored against them in that same time stands at 8.

Their prior results show that Bahia:

After being defeated in their last game at the hands of Red Bull Bragantino in Serie A action, Palmeiras will be aiming to make amends here.

Palmeiras have been good when going forward in the lead-up to this encounter, having scored 6 times in their previous 6 matches. This doesn’t mask the fact that Palmeiras can also improve defensively after being scored against in 5 of those same matches.

A look at their previous results shows us that Palmeiras:

A review of their most recent head-to-head clashes going back to 16/09/2018 tells us that Bahia have won 0 of these games and Palmeiras 2, with the tally of drawn matches being 4.

A combined sum of 18 goals were produced between them throughout the course of those matches, with 7 of them for Tricolor de Aço and 11 belonging to Verdão. The average number of goals per game works out to 3.

The previous league fixture between the two was Serie A match day 7 on 27/06/2021 when the final score was Palmeiras 3-2 Bahia.

On that occasion, Palmeiras managed 57% possession and 19 attempts at goal with 8 of them on target. The goals were scored by Gustavo Scarpa (7'), Raphael Veiga (78') and Breno Lopes (92').

The Bahia manager Guto Ferreira does not have any fitness worries to speak of before this clash thanks to a fully healthy group available to choose from.

Owing to a fully healthy squad to pick from, the Palmeiras manager Abel Ferreira does not have any fitness worries to speak of ahead of this match.

Looking at these two teams, we feel that Bahia might need a bit of good fortune to register a score against this Palmeiras side who will likely manage to score & go ahead.

Therefore, we predict a good battle with a 0-1 win for Palmeiras when the full-time whistle blows. 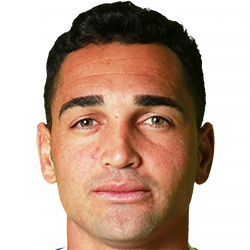 Mostly used in the Striker position, Gilberto was born in Piranhas , Brazil. Having made his senior debut playing for Internacional in the 2011 season, the talented Forward has netted 10 league goals in the Série A 2021 campaign so far from a total of 23 appearances.

While we have made these predictions for Bahia v Palmeiras for this match preview with the best of intentions, no profits are guaranteed. Always gamble responsibly, and with what you can afford to lose. Good luck if you do place a bet today.