Pardubice will be wanting a better result here following the 3-0 First League defeat in their last game at the hands of Slavia Prague.

A common aspect of recent Pardubice games is the high number of scores with a nil in them.

Taking their prior six clashes leading up to this one, in 6 of them a wager on BTTS would have lost.

Baník Ostrava will go into this clash following on from a 2-1 First League win versus Baumit Jablonec in their last outing.

The only name on the scoresheet from Baník Ostrava was Dyjan Azevedo (17', 38'). Vojtěch Kubista (20') was the scorer for Baumit Jablonec.

Looking at their form, and Baník Ostrava have been scored against in 5 of their last 6 matches, with opponents netting 7 goals overall. At the back, Baníček could really do with shoring things up. We will find out if that trend will end up being continued on into this next match.

Ahead of this clash, Baník Ostrava have not won away from home in their last 2 league matches.

The previous league fixture between these clubs was First League match day 4 on 19/09/2020 which ended up with the score at Baník Ostrava 3-0 Pardubice.

The match was refereed by Zbynek Proske.

Pardubice manager Jaroslav Novotný doesn’t have any fitness concerns at all before this game with a completely healthy group available to select from.

Owing to a completely injury-free group available for selection, Baník Ostrava manager Luboš Kozel has zero fitness concerns at all before this match.

Here, we’re thinking that Pardubice will have to play well to put one past this Baník Ostrava side who we think will get a goal themselves and run out victorious.

We therefore see a 0-1 win for Baník Ostrava at the end of this one. 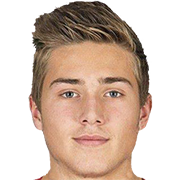 Usually played in the Striker position, David Huf was born in Czech Republic. Having made his senior debut playing for Pardubice in the 2020 - 2021 season, the talented Forward has got 5 league goals in this First League 2020 - 2021 season to date in a total of 15 appearances.

While we have made these predictions for Pardubice v Baník Ostrava for this match preview with the best of intentions, no profits are guaranteed. Always gamble responsibly, and with what you can afford to lose. We wish you the best of luck.