The La Liga match at Estadi Municipal de Montilivi on Saturday will see hosts Girona FC fighting it out with opponents Barcelona.

Our Girona FC v Barcelona predictions, statistics and match poll can be seen below (inc. the best betting odds).

Girona FC prepare for this fixture coming off the back of a 0-0 La Liga drawn match vs Barcelona.

Three or more goals per game were seen in 5 of the past 6 meetings where Girona FC have played. Opposition teams scored 9 of them in these games while Girona FC totted up 9.

Heading into this fixture, Girona FC are undefeated in their last 5 league matches at home.

In their previous 6 outings, Barcelona have amassed a tally of 13 goals. Barcelona have also managed to score in every single one of those games. During that period, they have seen 3 goals go into their own net. We shall soon find out if that trend will be continued on here.

Coming into this fixture, Barcelona haven't been defeated in their previous 3 league matches away from home.

The previous league encounter featuring these clubs was La Liga match day 21 on 27/01/2019 when the final score was Girona FC 0-2 Barcelona.

That day, Girona FC managed 36% possession and 13 shots on goal with 5 on target.

There aren’t many selection issues, with just the sole fitness concern for the Girona FC gaffer Míchel Sánchez Muñoz to be concerned about due to a largely intact set of players. Ibrahima Kébé (Knee Problems) will miss out.

Barcelona manager Xavi Hernández has not got a full squad to pick from. Keidi Bare (Ruptured ankle ligament) and Adrià Pedrosa (Groin Injury) miss out here. Ferran Torres will not be able to play in this game through being suspended.

We’re thinking that Barcelona should dominate on the ball and be rewarded with decent chances.

At the same time, Girona FC won’t find it easy to break down their defence but we do see them scoring here as well.

Accordingly, we see a comfortable 1-3 winning score for Barcelona by the conclusion of the game. 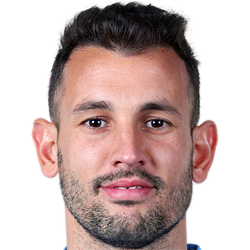 Usually taking up the Striker position, Cristhian Stuani was born in Tala, Uruguay. Having played his first senior match for Danubio in the 2004 season, the goalscoring Forward has bagged 5 league goals in the LaLiga 2022 - 2023 campaign to date in a total of 14 appearances.

While we have made these predictions for Girona FC v Barcelona for this match preview with the best of intentions, no profits are guaranteed. Always gamble responsibly, and with what you can afford to lose.