Our tips, poll and stats for Wealdstone v Barnet can all be found here - plus the latest match odds.

Wealdstone prepare for this game after a 2-2 National League drawn match against Bromley.

It’s not been often in recent times where Wealdstone have managed to hold out for a full 90 minutes. The reality is that The Stones have failed to prevent opponents from scoring in 6 of their previous 6 games, letting in 12 goals in the process. That sort of pattern won’t necessarily be sustained here, of course.

Coming into this clash, Wealdstone haven’t won at home in the past 2 league games.

After a loss in their previous game against Solihull Moors in National League competition, Barnet and their fans will hope to get a better result this time.

The strike force from Barnet have suffered from a shortage of goals in their past six clashes, contributing the poor return of just 4. In those fixtures, The Bees have also seen the overall goal aggregate against them equal 13.

Going into this one, Barnet haven’t won away from home in the past 6 league games.

The previous league contest featuring these clubs was National League match day 13 on 05/12/2020 when the final score was Barnet 0-0 Wealdstone.

Wealdstone boss Stuart Maynard doesn’t have any fitness worries whatsoever ahead of this game with a fully injury-free squad ready to go. Ashley Charles will not be able to play in this game through being suspended.

Thanks to a completely healthy squad to choose from, Barnet boss Gary Anderson doesn’t have any fitness worries to report ahead of this game. Players who are serving a ban and are therefore ineligible to play are Ben Richards-Everton and Themis Kefalas.

When taking everything into account, Barnet may find it difficult to put one past this Wealdstone team who we think might well do enough to score at the other end and edge ahead.

We’re therefore predicting a very competitive game with a 1-0 victory for Wealdstone when the full-time whistle blows. 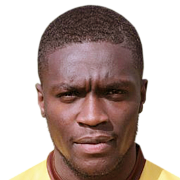 Usually played in the Right Wing position, Moses Emmanuel was born in Lewisham, England. After having played his first senior match for Brentford in the 2008 - 2009 season, the accomplished Forward has hit 5 league goals in this National League 2020 - 2021 season to date coming from a total of 14 appearances.

We have made these Wealdstone v Barnet predictions for this match preview with the best intentions, but no profits are guaranteed. Please always gamble responsibly, only with money that you can afford to lose. Good luck with your selections.