Barnsley are going up against away side Charlton Athletic at Oakwell Stadium in this League One tie on Saturday.

View all Barnsley v Charlton Athletic tips, stats and our pre-match poll below - along with the latest match odds.

Barnsley fans will want a repeat of their previous result, being the 2-0 EFL Trophy success over Newcastle United U23s.

Over their last six games, Michael Duff's Barnsley have found the net a combined total of 9 times - an average number of goals per match equal to 1.5.

Coming into this clash, Barnsley have not registered a win against Charlton Athletic in their previous 2 matches in the league.

In their last game, Charlton Athletic drew 1-1 in the League One match with Fleetwood Town.

The only player to score from Charlton Athletic was Miles Leaburn (77'). Callum Morton (30') was the scorer for Fleetwood Town.

Their prior results show that Charlton Athletic:

Checking out their prior head to head duels dating back to 17/08/2013, it’s been all-even between these two clubs with Barnsley winning 2 of those games, Charlton Athletic 2 and 2 being drawn after 90 minutes of play.

An aggregate of 19 goals were scored between them throughout the course of those matches, with 9 from The Tykes and 10 coming from The Addicks. The average number of goals per game works out to 3.17.

The last league game featuring these clubs was Championship match day 30 on 01/02/2020 which finished with the scoreline of Charlton Athletic 2-1 Barnsley.

On that occasion, Charlton Athletic had 39% possession and 8 attempts on goal with 4 on target. The scorers were Lyle Taylor (9') and André Green (45').

For their opponents, Barnsley got 16 attempts at goal with 6 on target. Cauley Woodrow (71') was the scorer.

The Barnsley boss Michael Duff has zero fitness concerns to speak of ahead of this game with a completely healthy group ready to go.

With a fully healthy squad ready to go, the Charlton Athletic boss Ben Garner does not have any fitness worries to report coming into this clash.

We’ve got the feeling that Charlton Athletic will have to perform well to break down this Barnsley side who we think will be able to get on the scoresheet themselves in a winning performance.

We’re therefore expecting a hard-fought 1-0 victory for Barnsley at the end of the 90. 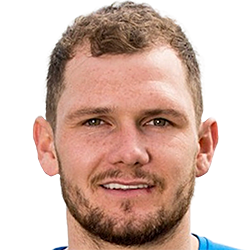 Mostly used in the Striker position, James Norwood was born in England. Having made a first senior appearance for Exeter City in the 2009 - 2010 season, the goalscoring Forward has got 2 league goals in this League One 2022 - 2023 campaign so far in 9 appearances.

We have made these Barnsley v Charlton Athletic predictions for this match preview with the best intentions, but no profits are guaranteed. Please always gamble responsibly, only with money that you can afford to lose. Good luck with your selections.