Bayern Munich II are the guests at Audi-Sportpark on Saturday for the 3rd Liga tie with home team Ingolstadt.

All of our predictions, stats and the user poll for Ingolstadt v Bayern Munich II are shown below - as well as the best betting odds.

Ingolstadt won’t want a repeat of their last result here following the 2-0 3rd Liga defeat in their last game at the hands of Magdeburg.

Over their last 6 fixtures, Tomas Oral's Ingolstadt have managed to score a total of 9 times, an average number of goals per match of 1.5.

Coming into this meeting, Ingolstadt are undefeated in their last 12 league matches at home. A very good run at home.

After tasting defeat last time out to Lübeck in 3rd Liga action, Bayern Munich II will be aiming to make amends here.

The stats tell the story, and Bayern Munich II have been scored against in 5 of their last 6 matches, letting opponents get 11 goals in all. In defence, Bayern II could really do with shoring things up. That kind of pattern isn’t assured to be continued into this match, however.

Coming into this fixture, Bayern Munich II are without an away win for the past 5 matches in the league.

The last league contest between the two was 3rd Liga match day 12 on 25/11/2020 which ended up with the score at Bayern Munich II 1-3 Ingolstadt.

The referee was Steven Greif.

Bayern II boss Martín Demichelis has a number of players out of action. Sarpreet Singh (Cals Sclerosis), Ron-Thorben Hoffmann (Knee Injury), Lenny Borges (Knee Problems), Nicolas Kühn (Muscle Injury) and Timo Kern (Achilles Irritation) are those who can’t be considered. Fiete Arp will not be able to play in this game through being suspended.

It looks to us that Ingolstadt will more than likely get a couple of goals in this one when they meet Bayern Munich II, who will be up against it getting on the scoresheet.

We reckon that it will be a controlled 2-0 margin for Ingolstadt at the end of the 90 minutes. 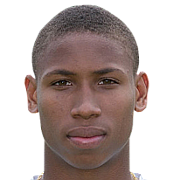 Normally taking up the Left Wing position, Caniggia Elva was born in Canada. After having made a senior debut playing for in the 2015 - 2016 season, the talented Forward has managed to score 4 league goals in the 3. Liga 2020 - 2021 campaign to date coming from a total of 27 appearances.

We have made these Ingolstadt v Bayern Munich II predictions for this match preview with the best intentions, but no profits are guaranteed. Please always gamble responsibly, only with money that you can afford to lose. We wish you the best of luck.