Bristol Rovers arrive at Bloomfield Road Stadium on Sunday for the League One clash with hosts Blackpool.

All Blackpool v Bristol Rovers game predictions, stats and user poll are shown below (plus the best game odds).

Blackpool will be looking for another win after a 2-0 League One triumph against Doncaster Rovers.

An interesting aspect of recent Blackpool games is the number of nil scores.

Taking their previous six matches before this one, in 6 of them a bet on BTTS would've been a losing one. We will see if that trend will end up being sustained into this next match.

Heading into this fixture, Blackpool have not emerged victorious against Bristol Rovers in their last 2 league games.

Since a losing effort in their last game against Crewe Alexandra in League One competition, Bristol Rovers will be hoping to turn things around here.

The stats don’t lie, and Bristol Rovers have been scored against in 6 of their last 6 games, conceding 7 goals overall. In defence, The Pirates have seen their frailties exposed.

Heading into this contest, Bristol Rovers are without a win away from home in their last 14 league games. Their travelling supporters must be so depressed.

Checking on their past head-to-head meetings stretching back to 13/01/2018 tells us that Blackpool have won 1 of these games and Bristol Rovers 4, with the tally of draws standing at 1.

An aggregate of 15 goals were shared by the two clubs throughout the course of those matches, with 4 of them for The Seasiders and 11 for The Pirates. The average goals per game has been 2.5.

The last league clash between these clubs was League One match day 22 on 02/01/2021 which finished with the scoreline of Bristol Rovers 2-1 Blackpool.

Blackpool boss Neil Critchley has zero fitness worries whatsoever ahead of this game owing to a fully healthy squad to pick from.

With a completely injury-free group available to choose from, Bristol Rovers manager Joey Barton doesn’t have any fitness concerns to speak of coming into this game.

Our thinking is that Blackpool will most probably have the majority of the possession and should be able to turn a few of their chances into goals.

However, Bristol Rovers could well struggle finding the net themselves but we do think it’s quite likely that they will be hitting back at some stage, too.

Our selection here is for a decent 3-1 winning margin for Blackpool by the time that the referee blows the final whistle. 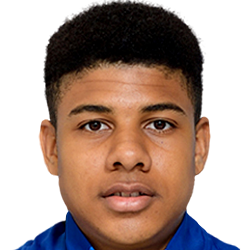 Typically played in the Striker position, Ellis Simms was born in Oldham, England. After having made a senior debut playing for Blackpool in the 2020 - 2021 season, the talented Forward has netted 7 league goals in this League One 2020 - 2021 campaign so far from a total of 19 appearances.

While we have made these predictions for Blackpool v Bristol Rovers for this match preview with the best of intentions, no profits are guaranteed. Always gamble responsibly, and with what you can afford to lose. Good luck!