We’re counting down to FA Cup action happening on Saturday when Hartlepool United come up against Blackpool.

Hartlepool United fans will want a repeat of their previous result, being a 1-0 EFL Trophy triumph versus Bolton Wanderers.

Their latest results shine a light on the fact that things are going according to plan in the Hartlepool United rearguard. Hartlepool United have been mean at the back, seeing the total number of goals that have flown into the back of their net during their past 6 games standing at 4.

Blackpool head into the clash following on from a 1-0 Championship win versus Hull City in their most recent game.

In that game, Blackpool had 47% possession and 8 attempts on goal with 3 on target. The only player on the scoresheet for Blackpool was Gary Madine (31'). For their opponents, Hull City got 14 attempts at goal with 6 of them on target.

Looking at their form, and Blackpool have been scored against in 5 of their last 6 matches, seeing their opponents hit 10 goals in all. In defence, Blackpool certainly have room for improvement. That being said, we’ll just have to find out if that trend shall persist in this next match.

Looking at their most recent head-to-head meetings dating back to 21/08/2004 tells us that Hartlepool United have won 1 of these games & Blackpool 3, with the number of drawn results being 2.

In all, 16 goals were scored between them during those clashes, with 6 from The Pool and 10 being from The Seasiders. This gives an average number of goals per game equal to 2.67.

The last league match featuring these sides was League Two match day 39 on 25/03/2017 when the final score was Blackpool 2-1 Hartlepool United.

The Hartlepool United manager Graeme Lee will be grateful not to have any fitness worries to speak of ahead of this match owing to a fully injury-free squad available for selection.

We think that Hartlepool United will have to play well to put one past this Blackpool team who should end up scoring and possibly keep a clean sheet as well.

That’s why our selection here is for a highly competitive game with a 0-1 advantage for Blackpool at the end of the match. 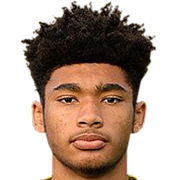 Mostly deployed in the Right Attacking Midfielder position, Tyler Burey was born in England. Having made a first senior appearance for Millwall in the 2019 - 2020 season, the talented Midfielder has contributed 3 league goals in the League Two 2021 - 2022 season so far from a total of 7 appearances.

We have made these Hartlepool United v Blackpool predictions for this match preview with the best intentions, but no profits are guaranteed. Please always gamble responsibly, only with money that you can afford to lose.