The League One fixture at LNER Stadium on Saturday sees hosts Lincoln City ready themselves for the visit of Blackpool.

All of our predictions, stats and the user poll for Lincoln City v Blackpool are shown below (inc. the best betting odds).

Lincoln City will be looking for an improved result here after the 2-1 League One losing effort in their last game against Oxford United.

The only name on the scoresheet from Lincoln City was Anthony Scully (4'). Anthony Forde (29') and Matty Taylor (57') scored for Oxford United.

It’s not been often in recent times where Lincoln City have shown defensive steel. It will be a concern for them that The Red Imps have seen their defence breached in 5 of their previous 6 games, shipping 9 goals on the way. We will just have to find out if that trend will be sustained into this next match.

Their past results show that Lincoln City:

Blackpool head into the match following a 4-1 League One win against Gillingham in their last game.

Over the course of their last 6 outings, Blackpool have bagged a tally of 14 goals. The Seasiders have also scored on each one of those occasions. During that period, their defenders have had 5 goals go against them.

Taking a look at their past results, Blackpool:

Inspecting their prior head to head meetings going back to 20/02/1999 tells us that Lincoln City have won 3 of these and Blackpool 2, with the number of drawn matches standing at 1.

A sum of 14 goals were scored between the two sides in this period, with 7 from The Red Imps and 7 for The Seasiders. The average number of goals per game works out to 2.33.

The previous league fixture between the two was League One match day 4 on 03/10/2020 when the final score was Blackpool 2-3 Lincoln City.

The match was refereed by Thomas Bramall.

Lincoln City manager Michael Appleton doesn’t have any fitness worries to speak of ahead of this clash owing to a completely injury-free squad to pick from.

With a fully healthy squad to choose from, Blackpool manager Neil Critchley has zero fitness concerns at all before this clash.

We’re thinking that Blackpool may well find it hard to put one past this Lincoln City lineup who should score one, at least.

That’s why we have predicted a very even match with a 1-0 win for Lincoln City after 90 minutes. 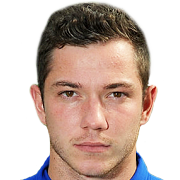 Usually used in the Striker position, Tom Hopper was born in Boston, England. After having played his first senior match for Bury in the 2012 - 2013 season, the gifted Forward has got 7 league goals in the League One 2020 - 2021 season so far coming from a total of 34 appearances.

We have made these Lincoln City v Blackpool predictions for this match preview with the best intentions, but no profits are guaranteed. Please always gamble responsibly, only with money that you can afford to lose. We wish you the best of luck.