How Much Is Aston Villa Worth? 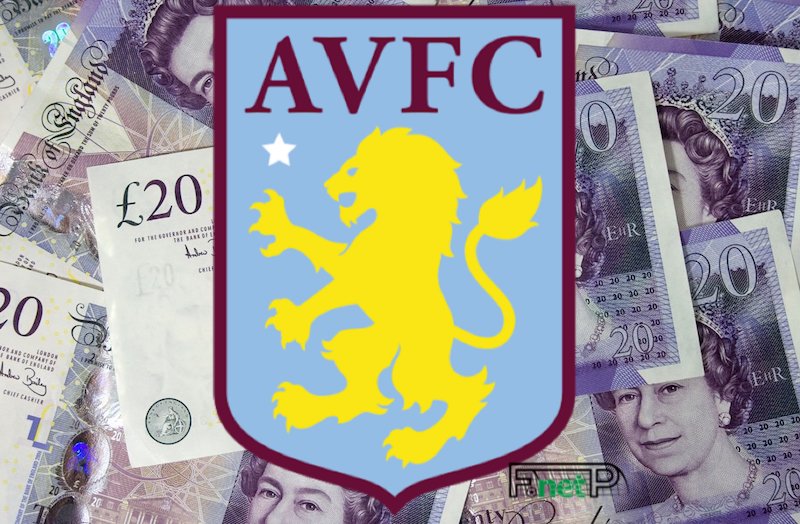 Aston Villa is undoubtedly one of English football’s sleeping giants, with the glittering past of the Birmingham club seemingly a very long time ago.

Villa narrowly avoided relegation in the 2019/20 season despite heavy investment into the playing staff. It remains to be seen whether they have what it takes to remain in England’s top flight in one of the most challenging seasons to date.

Aston Villa were taken over by a consortium fronted by billionaires Wesley Edens and Nassef Sawiris in 2018, who paid £60 million for 55% of the club - giving Aston Villa an estimated worth of £110 million. However, the value of the playing squad alone has been estimated at almost £230 million.

The Villans invested going into the 2020/21 season with the signings of Emiliano Martinez, Bertrand Traore and Ollie Watkins amongst others - as well as securing the long-term future of club captain Jack Grealish.

The England international had been sought after by several top clubs in the past, including Tottenham Hotspur and Manchester United.

One of England’s most historic and famous stadiums, the 43,000 capacity Villa Park is one of the Midlands club’s main assets. In June 2019, it was announced that Villa Park had been purchased by the club’s owners in a £56.7million deal.

The deal was designed so that the club could align itself with the EFL’s sustainability and profit rules. The billionaire duo were credited with saving the club from financial uncertainty when their former owner had left the club in July 2018.

As a result of the handover, the club itself doesn’t own its ground for the first time since 1896, when they first moved into the famous stadium.

The transaction was similar to that of Derby County who sold their home, Pride Park, to their owner Mel Morris to comply with the EFL regulations.

The rules state that any EFL club can lose a maximum of £39million per year, and by selling the stadium it makes complying with these rules slightly easier. This process is becoming a lot more popular and prevalent within the Premier League and EFL, as owners look for ways to circumvent FFP rules to preserve (or gain) Premier League status.

Valuable player assets make up most of Villa’s worth

A typical Premier League club, Villa have spent a lot of money on new players since they regained top-flight status in 2019. The club has struck an impressive balance of valuable new signings and the moulding of existing players into big assets - with the club’s owners surely setting their sights on becoming financially sustainable in the top-flight like Leicester or Southampton.

For instance, Jack Grealish - from Birmingham and a lifelong Aston Villa supporter - has been a player who has raised eyebrows for a long time over his desire to stay at the club since their relegation in 2016. Market valuations for Grealishstand at £36 million, years after Villa had resisted advances from Tottenham for around that figure.

An example of a valuable import is Tyrone Mings, who joined from AFC Bournemouth in 2019 after a successful loan spell in the 2018-19 season which saw Villa promoted. Mings is valued by various sources at a shade over £20 million.

Villa fans hope chaotic ownership has come to an end

After long-term owner Randy Lerner decided to bow out of the club in 2016 after the club’s relegation from the top flight, Dr Tony Xia and his Recon Group stepped in to purchase the club in a reported £76 million deal.

Just two years later, and Aston Villa were threatened by the prospect of a winding-up order by HMRC.

Chinese businessman Xia had found it hard to move money from China to fund the club’s free-spending nature - including the introduction of John Terry - and subsequently had to plead for outside investment.

Xia left the club in August 2019, with the new consortium taking full control of the club. It is not known how much Edens and Sawiris spent on the acquisition.