When Did Everton Last Win The League? 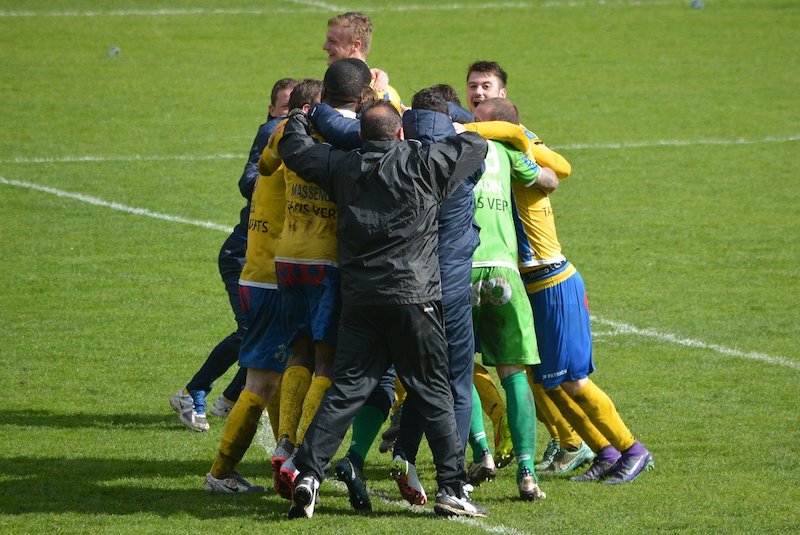 Everton Football Club has competed continuously in the top-flight of English football since 1954, also making the Toffees one of the founding clubs in the Premier League. The Merseyside club has won nine league titles throughout their history, but none have come during the Premier League era.

The last time Everton lifted a league title was during the 1986/87 season when they pipped their rivals, Liverpool, to the trophy. This was their second First Division title in three years, but the club hasn’t tasted success in England’s top division since.

OTD in 1987, Everton won the league title at Carrow Road, with Pat Van Den Hauwe scoring the only goal in a 1-0 win over Norwich#efc pic.twitter.com/pKxYhy35A1

Several reasons could be given to explain The Toffees’ lack of league titles since the 1980s.

Manchester United’s tight grip of the title during the 1990s and the early 2000s prevented Everton and many others from mounting real title challenges.

Fast forward to the modern era, and Everton simply aren’t able to spend massive amounts of money like Chelsea and Manchester City and have been somewhat left behind.

Howard Kendall was the last manager in charge of a Toffees side to lift the league title. Everton finished the season with 86 points, nine clear of Liverpool in second.

Despite winning the league two years prior with more points, many argue that this title triumph is a more impressive feat when considering that Everton’s talented squad faced an injury crisis before the season’s start.

Neville Southall, the Footballer of the Year two years earlier, didn’t feature until the end of October while Peter Reid was out until February with an injury. Other players who missed large portions of the seasons included Pat van Den Hauwe, Derek Mountfield, and Gary Stevens.

To add to their injury woes, top goalscorer Gary Lineker was sold to Barcelona in the summer of 1986. Lineker had also been the top goalscorer at the Mexico World Cup of 1986, and it was future England manager Terry Venables who persuaded the England striker to join him at the Catalan giants.

What a free kick. Kevin Sheedy scores for Everton at Liverpool in 1987. Love the scenes in the away end #efc @EvertonArentWe pic.twitter.com/4BnKWopFrI

Kevin Sheedy led Everton’s goalscoring charts with 13 for the season, followed by Adrian Heath who bagged 11. Trevor Steven also scored 10 goals, while Wayne Clarke netted five toward the end of the season, pushing the team on towards the title.

Everton missed two opportunities to wrap up the title - with the first coming against city and title rivals Liverpool at Anfield - losing 3-1. A 0-0 draw against Manchester City a week later put the champagne on ice until the following match day against Norwich City.

A 1-0 victory at Carrow Road sealed their ninth title triumph with two games remaining of the season. The Toffees followed up this victory with two more wins to add gloss to proceedings.

The closest Everton have come to lifting the league title once again was with two fourth-place finishes in both the First Division and the Premier League.

Everton were unable to successfully retain their title in the season following 1986/87 and ended up in an underwhelming fourth position.

They finished a whopping 20 points behind champions Liverpool, and trailed the previous season’s points haul by 16 points. However, by finishing in fourth they qualified for the Football League Centenary Trophy.

Only one more fourth-placed finish has followed this, and it came as a result of David Moyes’s first full season in charge throughout the 2004/05 Premier League season.

After years of mediocrity, this was seen as a big improvement under the Scottish manager, as many had tipped Everton to be relegated at the end of the season. Moyes had found the perfect formula to get the best out of the squad, with Tim Cahill finishing as Everton top goalscorer with 11 goals.

By finishing fourth, Everton had qualified for the Third Round Qualifying stage in the UEFA Champions League. Unfortunately, their European journey was cut short as they failed to beat La Liga's Villarreal over two legs and missed out on the group stages.

Since then, Everton have failed to crack the Premier League’s top four - with the 2019/20 season’s 12th place finish marking Carlo Ancelotti’s first in charge.

Tags: Everton FC, Premier League
How much environmental damage are top footballers causing?
How to Stream EPL in the USA - Guide to Watching Live Premier League in HD
Who Are Liverpool FC’s Rivals?
Who Came First - Liverpool Or Everton?
Why Did Everton Sell Alan Ball?
Have Everton Ever Won The Premier League?
Get tips via Telegram