Where Do Leicester City Players Live? 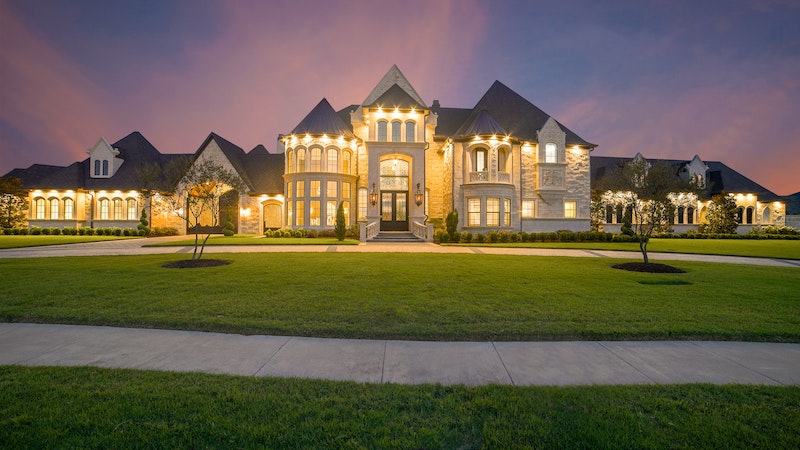 Premier League side Leicester City are currently preparing to embark on their fifth European campaign after qualifying for the Europa League at the end of the 2019/20 season.

The Leicester City players generally live in several villages that surround the Leicester area or in the suburbs of the city. This includes areas such as Melton Mowbray and Woodhouse Eaves. During their time outside the Premier League, though, players were known to commute from as far afield as Yorkshire.

The on-field success of The Foxes can be seen in the size and price of the houses their players have bought down the years.

After winning their first league title in fairytale circumstances at the end of the 2015/16 season, members of the Leicester squad were rewarded with considerable bonuses from the club. With these riches, many players looked to upgrade their homes and move to some of the most luxurious areas in the area.

Striker Jamie Vardy and full-back Danny Simpson both viewed several properties in the villages of Blaby, Wanlip and Woodhouse Eaves along with their partners. Woodhouse Eaves was home to record England appearance maker Peter Shilton during his eight years in the first team at Filbert Street after coming through the academy.

Among the properties viewed by players around this time was Taylor’s Rock in Woodhouse Eaves, which includes seven acres of land surrounding the house. In nearby Wanlip, a property valued at £900,000 was also of interest to members of the title-winning squad.

The home included six bedrooms, four bathrooms, three reception rooms and an indoor pool. A Victorian home in Blaby was also viewed, the Old Mill House was marketed at the time at a whopping £1.2million.

Celebrity spotting in the town of Melton Mowbray

Located just less than 20 miles from Leicester city centre, the town of Melton Mowbray has been popular amongst the rich and famous for much of the last 50 years.

Amongst the notable people to live in the parish is former Foxes defender Sol Bamba. The Ivorian centre back spent his one year at the club living in Melton Mowbray back in 2011 to 2012, making 52 appearances.

Nowadays, the area is home to the club’s highest-paid player, Jamie Vardy. The former England international’s modern home has been seen on television as well, as Leicester players celebrated their title win and then again during his V9 Academy series on Sky Sports.

The forward is The Foxes’ fourth-leading goalscorer of all time after hitting the back of the net 132 times in his 311 appearances for the club since moving to the King Power in 2012.

The nearby Bradgate Heights estate has also housed Leicester strikers of the past. David Nugent frequented the area during his four years in the East Midlands as he scored 54 goals in 159 games.

Loughborough lights the way to the Leicester City first team

The town of Loughborough is perhaps best known in the United Kingdom for being the home of the country’s fourth-best university. However, it is also the birthplace and home to some recent Leicester academy products. England Under 21 international Hamza Choudhury was born in Loughborough and still lives in the area.

The midfielder signed a new deal with the club earlier this year and has 50 first-team appearances to his name since graduating from the academy.

Former defender Liam Moore is also from Loughborough and lived in the area during his four years in the first team after coming through the youth system. He made over 50 appearances for The Foxes before departing the King Power for Reading in 2016.