Where Do Newcastle Players Live? 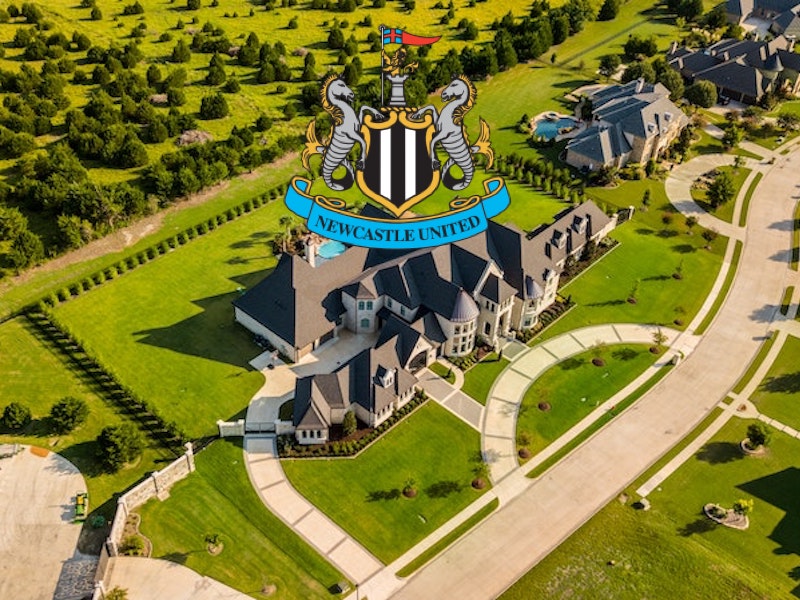 Newcastle United are one of English football’s best-supported clubs and fans have seen some great players. When not playing in front of the fans St. James’ Park stadium, their stars can afford to live in some desirable residences.

Newcastle United players past and present have lived in a number of reputable communities in the Northeast. Hexham, Ponteland and the Darras Hall housing estate are the most popular locations for footballers’ homes in the suburbs of Newcastle-upon-Tyne.

These areas have a reputation for being exclusive and expensive places to live, with streets including the most expensive in the Northeast and one dubbed ‘millionaires row’.

Ponteland - home to the most expensive street in the Northeast

Located 15 kilometres north of Newcastle-upon-Tyne and a 16-minute drive from St James’ Park, the town of Ponteland has been home to a host of Newcastle United players past and present. The town has a reputation for expensive and exclusive properties, including the renowned Runnymede Road.

Take a look around this three-storey property in #Hexham #Homeshttps://t.co/3Z0L4RXiP7 pic.twitter.com/6vgXKjSX3u

The street is the most expensive in the Northeast, with the average house price being an eye-watering £892,000. As a result of this and the residents that live in the area, Runnymede Road has been dubbed ‘millionaires row’ by the local press.

Of the Newcastle players to have lived in the greater Ponteland area, Steven Taylor stands out as the one who left the biggest impression whilst at the club. The London-born centre-half spent 13 years in the Magpies’ first-team between 2003 and 2016, making a total of 268 appearances and scoring 15 goals.

During this time he lived in Ponteland before departing for the MLS in the mid-2010s. Taylor became an established England Under-21 international whilst at the club, winning 29 caps, and now plies his trade in India with Super League side Odisha.

Another well-known footballer to live in Ponteland had a less successful time on Tyneside. Former Liverpool midfielder Terry McDermott had two spells with Newcastle during the 1970s and 1980s.

Sadly, he made just ten league appearances for the club. He has since gone onto become a coach following his retirement.

The most popular area of Ponteland amongst house-hunting footballers, however, is Darras Hall. The housing estate is seven and a half miles northwest of Newcastle-upon-Tyne.

Like the rest of Ponteland, it is regarded as one of the most exclusive and expensive places to live in the northeast of England.

Darras Hall is home to numerous celebrities and local business leaders as well as a host of professional footballers. The most famous of these is Newcastle legend, Alan Shearer.

The Match of the Day pundit scored 188 goals in 380 games for his hometown club after joining from Blackburn Rovers in 1996 for a then world-record fee.

In his ten years with the Magpies, he fired them into the Champions League and became the Premier League’s all-time leading goalscorer, a record he holds to this day.

Alan Shearer lived out every kid's dream at Newcastle United. 😍

- Stood on the terraces as a fan

- Statue outside the stadium

Shearer returned to the club for a brief spell as manager at the end of the 2008/09 season but could not save Newcastle from relegation.

Another son of the northeast, Peter Beardsley, is also a famous Darras Hall resident. During two spells at the club, the winger scored 65 goals in 170 games.

Since retiring in the late 1990s, Beardsley has worked for Newcastle as an assistant manager, caretaker manager, under-18s coach and under-23s manager.

Former England midfielder Kieron Dyer is another player to have resided in Darras Hall during his time at the club. Dyer scored 34 goals and provided 24 assists in 241 appearances between 1999 and 2007.

Dyer has since left the area, though, and now works as the under-23s manager at first club Ipswich Town.