Rio Ave are the guests at Estádio do Bessa Século XXI on Saturday for the Primeira Liga game with home team Boavista.

View all of the Boavista v Rio Ave predictions, poll and stats below including the latest game odds.

Boavista are hoping to win again after their last result, a 0-2 Primeira Liga victory versus Belenenses.

In that match, Boavista managed 42% possession and 10 attempts on goal with 6 on target. For Boavista, the goalscorers were Angel Gomes (44') and Alberth Elis (59'). At the other end, Belenenses got 10 shots at goal with 2 on target.

A common feature of more recent Boavista games is the high number of scores with a nil in them.

Taking their prior 6 clashes leading up to this one, in as many as 5 of them a wager on "Both Teams to Score" would've been a losing one.

Following on from being beaten in their last game against Gil Vicente in Primeira Liga action, Rio Ave will be hoping to turn things around here.

The trend of at least one team drawing a blank in games involving Rio Ave has become fairly consistent in recent matches. Examining their last six meetings shows that it has happened 5 times. During these clashes, opposing sides have hit a goal tally of 6 while Rio Grande have scored 3. We will have to see if that trend will end up being continued on here.

Going into this contest, Rio Ave are without an away win for the past 2 league matches.

Looking at their most recent head-to-head clashes stretching back to 21/01/2018 shows us that Boavista have won 1 of them & Rio Ave 4, with the number of drawn games being 1.

An aggregate of 10 goals were shared by the two clubs throughout the course of those matches, with 2 of them for As Panteras and 8 coming from Rio Grande . This gives an average number of goals per game equal to 1.67.

The previous league meeting featuring these sides was Primeira Liga match day 9 on 06/12/2020 and the score finished Rio Ave 0-0 Boavista.

That time, Rio Ave had 68% possession and 7 shots at goal with 3 of them on target.

Boavista got 6 attempts on goal with 2 on target.

The referee was João Bento.

Rio Ave and Boavista could both end up scoring in what appears to be a good match-up, with little separating these two teams.

A close call, and we think a draw is quite likely. Our tip is therefore for a very even match with a 1-1 scoreline at the end of the match. 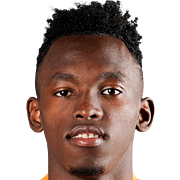 Mostly played in the Striker position, Alberth Elis was born in Honduras. Having made his senior debut playing for Monterrey in the 2016 - 2017 season, the skilful Forward has contributed 5 league goals in the Primeira Liga 2020 - 2021 campaign so far in 22 appearances.

We have made these Boavista v Rio Ave predictions for this match preview with the best intentions, but no profits are guaranteed. Please always gamble responsibly, only with money that you can afford to lose. Good luck with your selections.