The National League tie at Meadow Park on Sunday will see hosts Boreham Wood up against opponents in Solihull Moors.

Our full set of predictions, statistics and match poll for Boreham Wood v Solihull Moors can be seen below - as well as the best betting odds.

Boreham Wood will be hoping for a better result following a 0-3 National League loss in their previous game against Solihull Moors.

Checking out their prior head to head meetings dating back to 26/03/2019, there has been little to separate the clubs with Boreham Wood winning 2 of those games, Solihull Moors 2 and 2 being drawn in regulation time.

A total of 16 goals were shared by the two clubs in this period, with 8 for The Wood and 8 created by The Moors. The average number of goals per game works out to 2.67.

The last league encounter between these sides was National League match day 7 on 18/09/2021 which ended up with the score at Solihull Moors 3-1 Boreham Wood.

The Boreham Wood boss Luke Garrard will be happy not to have any fitness worries at all coming into this match thanks to a fully injury-free group available to select from. Jamal Fyfield cannot play in this game through suspension.

Owing to a completely healthy squad ready to go, the Solihull Moors manager Neal Ardley has zero fitness concerns to report coming into this match. Jamey Osborne will not be able to play in this game through being suspended.

We’re thinking that Solihull Moors and Boreham Wood could well both score and end up finding themselves in a fairly even game here.

It’s looking like it could well end up as a draw. We’re therefore anticipating a close game with a score draw at the end of the 90 minutes. 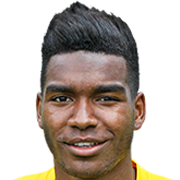 Mostly playing in the Striker position, Tyrone Marsh was born in England. Having played his first senior match for Oxford United in the 2012 - 2013 season, the skilful Forward has managed to score 10 league goals in this National League 2021 - 2022 campaign to date in 42 appearances.

We have made these Boreham Wood v Solihull Moors predictions for this match preview with the best intentions, but no profits are guaranteed. Please always gamble responsibly, only with money that you can afford to lose. Best of luck with your selections.