The National League match at Meadow Park on Friday will see hosts Boreham Wood facing opposition in the form of Sutton United.

View all Boreham Wood v Sutton United tips, stats and our pre-match poll below - as well as up-to-date odds.

In their preceding 6 fixtures, Luke Garrard's Boreham Wood have seen rewards for their attempts on goal 7 times giving them an average number of goals scored per match of 1.17.

Going into this encounter, Boreham Wood are winless against Sutton United in their previous 3 league games.

In their previous fixture, Sutton United drew 2-2 in the National League match with Halifax.

Over the course of their last 6 outings, Sutton United have amassed the sum of 10 goals. The U's have also managed to score in every single one of those games. In that time, they have had 5 goals go into their own net.

Ahead of this meeting, Sutton United have not lost to Boreham Wood when having played them away from home in the previous 3 league games.

Checking on their most recent head-to-head meetings dating back to 01/01/2018 shows us that Boreham Wood have won 2 of them & Sutton United 3, with the number of drawn results being 1.

In all, 17 goals were scored between the two sides throughout the course of those matches, with 9 of them for The Wood and 8 for The U's. That is an average goals per game value of 2.83.

The previous league encounter featuring these clubs was National League match day 35 on 13/02/2021 which ended up with the score at Sutton United 2-0 Boreham Wood.

Boreham Wood boss Luke Garrard will be grateful to have no fitness concerns whatsoever before this match with a completely injury-free group available to choose from.

Owing to a completely injury-free squad available for selection, Sutton United manager Matt Gray doesn’t have any fitness concerns at all before this match.

It’s looking like Sutton United and Boreham Wood may well end up cancelling each other out here.

Will be interesting to see how this one goes, with a good chance of a draw. With that in mind, we reckon that it will be a tight encounter with a 1-1 scoreline when the full-time whistle blows. 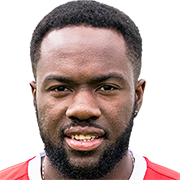 Mostly used in the Centre Midfield position, Gus Mafuta was born in England. Having made his senior debut playing for Nuneaton Town in the 2014 - 2015 season, the goalscoring Midfielder has managed to score 5 league goals in the National League 2020 - 2021 campaign so far from a total of 29 appearances.

While we have made these predictions for Boreham Wood v Sutton United for this match preview with the best of intentions, no profits are guaranteed. Always gamble responsibly, and with what you can afford to lose. Good luck!