Greuther Furth make the trip to Borussia-Park on Saturday for the Bundesliga 1 fixture with home side Gladbach.

To see all of our predictions, user poll & stats for Borussia Mönchengladbach v Greuther Furth, scroll down - along with the latest match odds.

Gladbach go into this match following on from a 1-1 Bundesliga 1 tied result against Mainz.

Heading into this contest, Borussia Mönchengladbach are undefeated in their previous 5 league matches at home.

After being beaten in their last game against Eintracht Frankfurt in Bundesliga 1 action, Greuther Furth and their fans will hope to get a better result this time.

The stats tell the story, and Greuther Furth have been scored against in 6 of their last 6 matches, letting opponents get 16 goals overall. In defence, Greuther Furth certainly have room for improvement. Let’s find out if that trend can be continued on here.

Coming into this meeting, Greuther Furth have not won away from home in their last 6 matches in the league.

Looking at past results between these clubs stretching back to 13/05/2001 shows that these encounters have been a source of anguish for Greuther Furth. They have not been able to register any wins at all while Gladbach have dominated them, finishing as winners in 83% of those ties.

An aggregate of 20 goals were produced between them in this period, with 15 of them for Gladbach and 5 coming from Greuther Fürth. This gives an average number of goals per game equal to 3.33.

The Gladbach manager Adi Hütter doesn’t have any fitness concerns at all before this match with a fully healthy squad ready to go.

Owing to a fully injury-free squad available for selection, the Greuther Furth boss Stefan Leitl has zero fitness worries at all before this clash.

We believe that Borussia Mönchengladbach are likely to convert a lot of goal-scoring opportunities.

At the same time, Greuther Furth may well struggle finding the net themselves but we do think that it’s more than likely that they will be getting the chances to score, too.

We therefore think that it’s going to be a 3-1 win for Borussia Mönchengladbach come full-time. 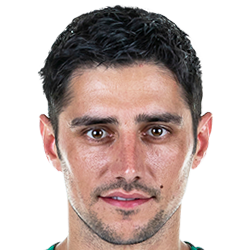 Normally taking up the Central Attacking Midfielder position, Lars Stindl was born in Speyer, Germany. Having made a first senior appearance for Karlsruhe in the 2007 - 2008 season, the talented Midfielder has hit 2 league goals in this Bundesliga 2021 - 2022 campaign so far in a total of 11 appearances.

We have made these Borussia Mönchengladbach v Greuther Furth predictions for this match preview with the best intentions, but no profits are guaranteed. Please always gamble responsibly, only with money that you can afford to lose.