Bournemouth line up against visiting team Luton Town at Vitality Stadium in the Championship fixture on Saturday.

Our predictions, user poll and statistics for Bournemouth v Luton Town can be found here - plus the latest betting odds.

Bournemouth are hoping to win again after their last result, a 0-1 Championship triumph versus Cardiff City.

In that match, Bournemouth managed 65% possession and 16 attempts on goal with 5 of them on target. The only player to score for Bournemouth was Philip Billing (54'). For their opponents, Cardiff City got 6 attempts at goal with 2 on target.

Scott Parker's Bournemouth have seen rewards for their attempts on goal 8 times in their last six outings. At the other end, the number of goals that have been scored against them in that time stands at 9.

Looking at the pre-match facts, Bournemouth:

In the game prior to this, Luton Town drew 3-3 in the Championship match with Swansea City.

Nathan Jones's Luton Town have converted a total of 7 times in the course of their latest 6 matches. The total of goals that they have conceded during that period comes to 11.

Checking on their most recent head to head meetings going back to 09/02/2008 shows that Bournemouth have won 2 of these games and Luton Town 1, with the number of drawn results being 3.

An aggregate of 18 goals were yielded between them during those clashes, with 12 of them for The Cherries and 6 for The Hatters. This gives an average number of goals per game equal to 3.

The last league encounter featuring the two was Championship match day 24 on 16/01/2021 when it ended Bournemouth 0-1 Luton Town.

In that game, Bournemouth managed 63% possession and 13 attempts at goal with 4 on target.

For their opponents, Luton Town got 7 shots on goal with 4 on target. Kiernan Dewsbury-Hall (67') scored.

It doesn’t get much better regarding selection, with just the sole fitness concern for the Bournemouth manager Scott Parker to contend with from an otherwise complete set of players. Lewis Cook (Cruciate Ligament Rupture) misses out.

With a completely injury-free squad available to choose from, the Luton Town manager Nathan Jones doesn’t have any fitness concerns to speak of before this match.

We’re of the opinion that Bournemouth should really get the goals that they need against Luton Town, who won’t find it easy to score.

Our tip is for a comfortable 2-0 margin for Bournemouth when all’s said and done. 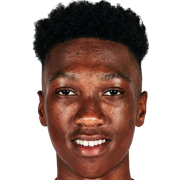 Mostly used in the Striker position, Jaidon Anthony was born in Hackney, England. Having made a first senior appearance for Bournemouth in the 2020 - 2021 season, the goalscoring Forward has bagged 2 league goals in this Championship 2021 - 2022 season to date from a total of 8 appearances.

While we have made these predictions for Bournemouth v Luton Town for this match preview with the best of intentions, no profits are guaranteed. Always gamble responsibly, and with what you can afford to lose. Best of luck.