Brescia line up against visiting club Crotone at Stadio Mario Rigamonti in this Serie B fixture on Friday.

Brescia will be looking for a repeat result of the 1-3 Serie B victory against Alessandria.

In their prior 6 fixtures, Filippo Inzaghi's Brescia have celebrated scoring a combined total of 14 times, an average number of goals scored per match of 2.33.

In the game prior to this, Crotone drew 1-1 in the Serie B match with Reggina.

The stats don’t lie, and Crotone have been scored against in 5 of their last 6 matches, seeing their opponents hit 10 goals in all. In defence, Crotone can certainly do much better. Previous results aside, it remains to be seen whether the trend shall persist in this match.

Taking a look at their past results, Crotone:

Inspecting their most recent head-to-head clashes dating back to 21/03/2015 tells us that Brescia have won 2 of these games & Crotone 1, with the tally of drawn games being 3.

A sum of 18 goals were produced between them in these games, with 11 from Rondinelle and 7 being from Crotone. That’s an average goals per game of 3.

The Brescia boss Filippo Inzaghi will be grateful to have no fitness worries whatsoever ahead of this match owing to a completely healthy group to pick from.

Owing to a completely injury-free squad available to select from, the Crotone manager Francesco Modesto has zero fitness concerns at all ahead of this match.

We’re of the opinion that Crotone have the ability to break down this Brescia lineup, however that might not be as many as they’ll concede.

We can see a close game with a 2-1 winning margin for Brescia when the full-time whistle blows. It will be interesting to see how this one goes. 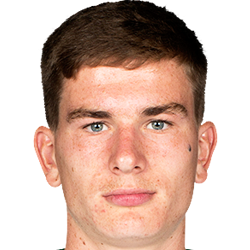 Usually taking up the Centre Midfield position, Tom van de Looi was born in Netherlands. After making a first senior appearance for FC Groningen in the 2017 - 2018 season, the talented Midfielder has struck 2 league goals in the Serie B 2021 - 2022 season to date from a total of 3 appearances.

While we have made these predictions for Brescia v Crotone for this match preview with the best of intentions, no profits are guaranteed. Always gamble responsibly, and with what you can afford to lose. Best of luck.