This Empoli v Brescia live stream video is scheduled for 23/11/2020 . Supporters of the teams can watch this fixture on a live streaming service should the game be featured in the schedule referenced above. Here we arm you with useful information for watching this Coppa Italia game that includes the most recent guide to form, h2h clashes and our game views.

In order to view this match using other sources, search for television listings relating to your country. These broadcasting deals are often allocted on a per-competition/league or even indivdual fixture basis. For fixures shown live on regional tv programmes, check the listings on the likes of BT Sport, Amazon Prime Video, Sky Sports, Now TV, iTV, Canal+, Fox Soccer, ESPN depending on where you are.

When the abovementioned broadcaster has the rights to the Empoli v Brescia soccer live streaming coverage, you’ll be able to view the game on mobile devices (iPhone, Android including Infinix) and desktop as well as tablet (eg iPad, Lenovo Tab).

Post-game, we might also provide a link to the match highlights from time to time. We aren’t responsible for the transmission of any match video content linked to from here. All legal complaints must be directed to the hosters/owners of this content.

Scroll down to see all of the predictions, poll and statistics for Empoli v Brescia - plus the latest betting odds.

Empoli head into this fixture following a 2-2 Serie B stalemate vs Cittadella.

Matches featuring Empoli have often been lively encounters of late with plenty of scoring anticipated. Over their past half dozen games, a total of 22 goals have flown in for both teams combined (at an average of 3.67 goals per game) with 14 of them being chalked up by Azzurri. Such a trend might not be sustained into this game, though.

In their previous game, Brescia drew 2-2 in the Serie B tie with Venezia.

In as many as 5 out of the previous 6 games involving Brescia, three or more goals have been hit. The average goals scored per game in that spell is 3, with the average number of goals for Brescia coming out as 2.

A look at their prior head-to-head meetings dating back to 29/09/2012 shows us that Empoli have won 3 of them & Brescia 0, with the tally of drawn games being 3.

17 goals were yielded between them during those clashes, with 12 for Azzurri and 5 being from Rondinelle. The average number of goals per game works out to 2.83.

That day, Brescia managed 40% possession and 15 shots on goal with 4 on target.

Empoli had 12 attempts on goal with 5 of them on target. Francesco Caputo (62') and Alfredo Donnarumma (88') scored.

There is just a single fitness concern for the Empoli gaffer Alessio Dionisi to be concerned with thanks to an otherwise robust group of players. Samuele Damiani (Sideband injury) is out of contention.

Brescia manager Diego López has a number of players out of action. Ernesto Torregrossa (Corona virus) and Andrea Cistana (Knee Surgery) are not able to play.

We’ve got the feeling that Brescia should have enough to find the back of the net against this Empoli lineup, however that isn’t expected to be enough to avoid a loss.

We’re tipping a 2-1 winning score for Empoli after the 90. Hopefully this is a good one. 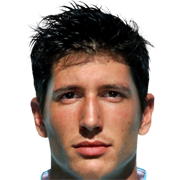 Usually played in the Striker position, Stefano Moreo was born in Italy. Having made a first senior appearance for Entella in the 2014 - 2015 season, the accomplished Forward has managed 3 league goals in the Serie B 2020 - 2021 season to date in 6 appearances.

We have made these Empoli v Brescia predictions for this match preview with the best intentions, but no profits are guaranteed. Please always gamble responsibly, only with money that you can afford to lose. Good luck with your selections.

⚽️ Where can I see the predictions for other Coppa Italia games?

View all of the upcoming (and previous) Coppa Italia predictions & previews here.