Leeds United will do battle with away side Brighton at Elland Road in the Premier League game on Sunday.

Our full set of predictions, statistics and match poll for Leeds United v Brighton & Hove Albion can be seen below - plus the latest match odds.

Leeds United prepare for this game after a 1-1 Premier League draw versus Brighton & Hove Albion.

Jesse Marsch's Leeds United have celebrated scoring a sum total of 5 times over their preceding six outings. At the other end, the number of goals that they have conceded in those games stands at 10.

A review of their most recent head-to-head clashes dating back to 29/02/2016 shows us that Leeds United have won 1 of these & Brighton 4, with the number of drawn matches being 1.

In all, 11 goals were shared by the two clubs during those clashes, with 2 of them for The Whites and 9 netted by The Seagulls. The average number of goals per game works out to 1.83.

For this match, we think that Brighton & Hove Albion certainly have the ability to break down this Leeds United lineup, although it possibly won’t quite be as many as they’ll concede.

Our tip is for both teams to score in a 2-1 advantage for Leeds United by the time that the referee blows the final whistle. Looking forward to this. 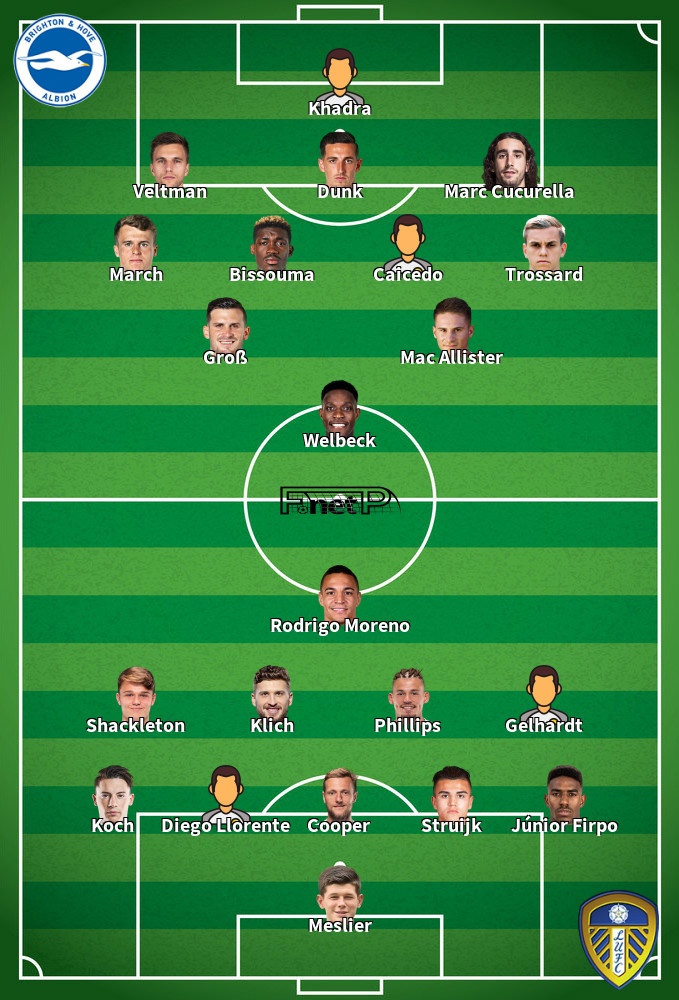 Normally playing in the Left Wing position, Jack Harrison was born in Stoke-on-Trent, England. Having made his senior debut playing for New York City FC in the 2016 season, the accomplished Forward has managed 7 league goals in the Premier League 2021 - 2022 season so far coming from a total of 32 appearances.

We have made these Leeds United v Brighton & Hove Albion predictions for this match preview with the best intentions, but no profits are guaranteed. Please always gamble responsibly, only with money that you can afford to lose. We wish you the best of luck.