Wolves will face off against away team Brighton at Molineux Stadium in this Premier League match on Sunday.

Nuno Espírito Santo's Wolverhampton Wanderers have seen rewards for their attempts on goal 5 times in their prior 6 outings. The comparative tally of goals that they have conceded in those same games is 9.

Brighton come into this match following a 2-0 Premier League win versus Leeds United in their last match.

A review of their past head-to-head meetings stretching back to 14/04/2017 tells us that Wolves have won 0 of them and Brighton 2, with the tally of drawn matches being 4.

13 goals were scored between the two sides in this period, with 5 for Wolves and 8 for The Seagulls. The average goals per game has been 2.17.

For their opponents, Wolverhampton Wanderers had 10 shots on goal with 4 on target. Romain Saïss (19') and Rúben Neves (44') scored.

Looking at personnel, there is just one fitness concern for the Wolves gaffer Nuno Espírito Santo to be concerned with from an otherwise fully-primed group. Raúl Jiménez (Fitness) will miss out.

We feel that Wolves may not find it easy to find the net against this Brighton side who should be able to grind out a win.

We’re therefore expecting a hard-fought 0-1 advantage for Brighton at full-time. 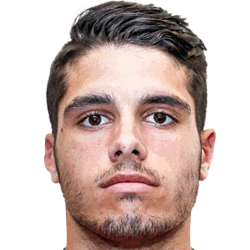 Mostly playing in the Right Wing position, Pedro Neto was born in Viana do Castelo, Portugal. Having made a first senior appearance for Braga in the 2016 - 2017 season, the gifted Forward has hit 5 league goals in the Premier League 2020 - 2021 season so far in 31 appearances.

We have made these Wolves v Brighton predictions for this match preview with the best intentions, but no profits are guaranteed. Please always gamble responsibly, only with money that you can afford to lose. Good luck with your selections.