Bristol City will be at The Den on Saturday for the Championship clash with home side Millwall.

Our tips, poll and stats for Millwall v Bristol City can all be found here (plus the best game odds).

Millwall will be wanting a better result here after the 1-0 Championship loss in their previous game against Watford.

In that match, Millwall managed 45% possession and 13 shots on goal with 2 on target. Watford got 10 shots at goal with 4 of them on target. Ismaïla Sarr (11') scored for Watford.

Millwall haven’t exactly had impressive attacking statistics of late. Their goals record equals just 4 versus opponents over the course of their last 6 fixtures. In those games, The Lions have also seen the number of goals scored against them come to 9. That kind of pattern might not follow through into this match, however.

Analysis of their past results shows that Millwall:

Following on from tasting defeat last time out to Luton Town in Championship action, Bristol City and their fans will hope to get a better result this time.

The stats tell the story, and Bristol City have been scored against in 5 of their last 6 matches, seeing their opponents hit 11 goals in all. At the back, The Robins have clearly had some problems.

Their past results show that Bristol City:

Looking at the statistics for their head to head duels going back to 02/12/2018, there has been little between the sides with Millwall winning 2 of those games, Bristol City 2 and 2 being draws in normal time.

15 goals were scored between the two sides throughout the course of those matches, with 7 from The Lions and 8 netted by The Robins. The average goals per game has been 2.5.

Regarding absentees, there’s just one fitness concern for the Millwall gaffer Gary Rowett to be concerned about due to a largely intact group of players. Maikel Kieftenbeld (Knock) is sidelined.

In an otherwise available squad, there’s just the sole fitness worry for the Bristol City manager Nigel Pearson to be concerned with. Andreas Weimann (Cruciate Ligament Rupture) won’t be in action. Rene Gilmartin cannot play in this game through suspension.

Bristol City will need to push hard to hit the back of the net against this Millwall lineup who we think should be able to grind out a win.

We’re going for a hard-fought 1-0 victory for Millwall at the end of the 90. 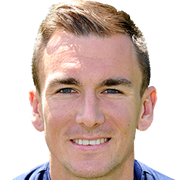 Regularly taking up the Right Attacking Midfielder position, Jed Wallace was born in Reading, England. Having made his senior debut playing for Portsmouth in the 2012 - 2013 season, the dangerous Midfielder has got 10 league goals in the Championship 2020 - 2021 campaign so far in a total of 43 appearances.

While we have made these predictions for Millwall v Bristol City for this match preview with the best of intentions, no profits are guaranteed. Always gamble responsibly, and with what you can afford to lose. Best of luck.