Sheffield United face off with guests Bristol City at Bramall Lane in the Championship fixture on Sunday.

Scroll down for all of our predictions, poll and stats for the Sheffield United v Bristol City game - along with the latest match odds.

Sheffield United will be hoping for a repeat of their last result, following the 0-1 Championship victory over Reading.

Over their prior 6 games, Slaviša Jokanović's Sheffield United have hit the back of the net a total of 6 times, an average number of goals scored per match of 1.

Analysis of their past results shows that Sheffield United:

Bristol City will go into this encounter after a 1-0 Championship win with the eclipse of Stoke City in their last match.

The stats tell the story, and Bristol City have been scored against in 5 of their last 6 matches, letting opponents get 11 goals in total. In defence, Bristol City could really do with shoring things up.

Taking a look at their past results, Bristol City:

Checking out their prior head to head meetings stretching back to 14/02/2015, there has been little to separate the clubs with Sheffield United winning 3 of those games, Bristol City 3 and 0 being draws in normal time.

19 goals were scored between them during those clashes, with 10 of them for The Blades and 9 created by The Robins. That’s an average goals per game of 3.17.

The Sheffield United boss Paul Heckingbottom will be thankful to have no fitness concerns to speak of before this clash thanks to a completely injury-free squad available for selection.

Owing to a fully healthy squad to pick from, the Bristol City boss Nigel Pearson has no fitness concerns to speak of coming into this game.

Our thinking is that Sheffield United look likely to score a couple of goals when they line up against Bristol City, who might well find it difficult finding the net themselves.

Our selection here is for a controlled 2-0 winning score for Sheffield United come full-time. 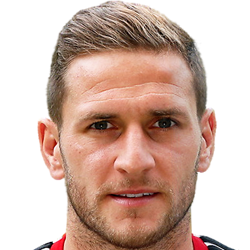 Regularly used in the Striker position, Billy Sharp was born in Sheffield, England. After having made a senior debut playing for Sheffield United in the 2004 - 2005 season, the accomplished Forward has netted 4 league goals in this Championship 2021 - 2022 season so far coming from a total of 19 appearances.

We have made these Sheffield United v Bristol City predictions for this match preview with the best intentions, but no profits are guaranteed. Please always gamble responsibly, only with money that you can afford to lose. We wish you the best of luck.