Bristol Rovers will do battle with visiting club Crewe Alexandra at Memorial Stadium in this League One clash on Saturday.

Bristol Rovers will be hoping for a better result following the 1-0 League One loss in their previous game against Portsmouth.

Ronan Curtis (27') was the scorer for Portsmouth.

It’s not been often in recent times that Bristol Rovers have kept a clean sheet. In fact, The Pirates have seen their defence breached in 6 of their previous 6 matches, giving up 8 goals during that time.

Their past results show that Bristol Rovers:

In the game prior to this, Crewe Alexandra drew 2-2 in the League One match with Charlton Athletic.

The only name on the scoresheet from Crewe Alexandra was Owen Dale (67', 90'). Jayden Stockley (10') and Alex Gilbey (84') scored for Charlton Athletic.

In the course of their six previous matches, Dave Artell's Crewe Alexandra have managed to stick the ball in the net 5 times - earning them a goals per game average of 0.83.

Coming into this clash, Crewe Alexandra remain unbeaten by Bristol Rovers when having played them away from home in the previous 3 league games.

Looking over their prior head-to-head meetings stretching back to 29/01/2008 tells us that Bristol Rovers have won 0 of them and Crewe Alexandra 3, with the number of draws being 3.

A combined total of 19 goals were yielded between them in these games, with 6 of them for The Pirates and 13 for The Railwaymen. That is an average goals per game value of 3.17.

The last league contest between these sides was League One match day 23 on 19/01/2021 which finished with the scoreline of Crewe Alexandra 3-2 Bristol Rovers.

Bristol Rovers boss Joey Barton doesn’t have any fitness concerns whatsoever ahead of this clash thanks to a fully healthy group ready to go.

We believe that Bristol Rovers will really need to work well to be putting a goal past this Crewe Alexandra outfit who we reckon should get the win and a maybe even keep a clean sheet as well.

We’re going for a very even contest with a 0-1 winning margin for Crewe Alexandra at the end of the 90. 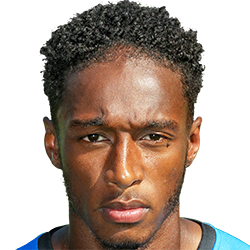 Generally playing in the Striker position, Brandon Hanlan was born in Chelsea, England. After having made a senior debut playing for Charlton Athletic in the 2016 - 2017 season, the talented Forward has accumulated 7 league goals in this League One 2020 - 2021 campaign so far in 43 appearances.

While we have made these predictions for Bristol Rovers v Crewe Alexandra for this match preview with the best of intentions, no profits are guaranteed. Always gamble responsibly, and with what you can afford to lose. Best of luck with your selections.