The League One match at Mazuma Stadium on Saturday sees home side Morecambe take to the field against opponents Bristol Rovers.

Morecambe will be hoping for a better result following the 4-0 League One defeat last time out to Ipswich Town.

Over their last 6 games, Derek Adams's Morecambe have hit the back of the net 10 times giving them an average number of goals per match equal to 1.67.

Coming into this clash, Morecambe have not beaten Bristol Rovers in their previous 4 league matches.

Since tasting defeat last time out to Accrington Stanley in League One competition, Bristol Rovers and their travelling fans will hope for a better result here.

The stats tell the story, and Bristol Rovers have been scored against in 6 of their last 6 matches, conceding 12 goals in total. At the back, Bristol Rovers seem to have a bit of a soft underbelly.

A look at their most recent head to head meetings dating back to 23/02/2013 shows us that Morecambe have won 1 of these games and Bristol Rovers 3, with the number of draws being 2.

A sum of 20 goals were shared by the two clubs throughout the course of those matches, with 9 for The Shrimps and 11 belonging to The Pirates. The average goals per game has been 3.33.

The previous league match featuring the two was League One match day 7 on 03/09/2022 which finished with the scoreline of Bristol Rovers 2-2 Morecambe.

The Morecambe manager Derek Adams will be grateful to have no fitness worries to speak of coming into this game thanks to a fully injury-free squad available to choose from.

In our opinion, Morecambe will have to perform well to put one past this Bristol Rovers side who we think might get the vital goal that wins it.

We’re therefore predicting a hard-fought contest, finishing with a 0-1 victory for Bristol Rovers when the full-time whistle blows. 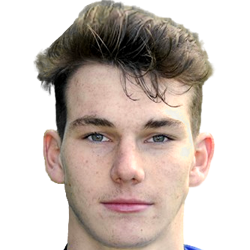 Normally deployed in the Centre Midfield position, Liam Shaw was born in England. After making a first senior appearance for Sheffield Wednesday in the 2019 - 2020 season, the goalscoring Midfielder has scored a sum of 2 league goals in the League One 2022 - 2023 campaign so far coming from a total of 18 appearances.

While we have made these predictions for Morecambe v Bristol Rovers for this match preview with the best of intentions, no profits are guaranteed. Always gamble responsibly, and with what you can afford to lose. Best of luck.