Wycombe Wanderers will be the visitors at Memorial Stadium on Saturday for the League One showdown with hosts Bristol Rovers.

All Bristol Rovers v Wycombe Wanderers match predictions, user poll and stats are shown below including the latest game odds.

Bristol Rovers will be wanting a better result here following a 2-0 League One defeat in their last game at the hands of Accrington Stanley.

Heading into this contest, Bristol Rovers haven't won against Wycombe Wanderers in their last 4 matches in the league.

After being defeated in their last game at the hands of Sheffield Wednesday in League One competition, Wycombe Wanderers will be hoping to turn things around here.

Will Vaulks (13') was the scorer for Sheffield Wednesday.

A series of steadfast performances by the Wycombe Wanderers defence has resulted in their ‘goals against’ tally amounting to 3 from their last 6 fixtures combined. During the same period, their own forwards have managed to score 6. We will find out if that trend will end up being sustained in this game.

Ahead of this clash, Wycombe Wanderers haven't been beaten by Bristol Rovers when they have played them away from home in the previous 2 matches in the league.

A glance at their prior head to head clashes dating back to 27/02/2016 tells us that Bristol Rovers have won 1 of these and Wycombe Wanderers 4, with the tally of drawn matches being 1.

A combined sum of 12 goals were yielded between them during those clashes, with 4 of them from The Pirates and 8 coming from The Blues. That’s an average goals per game of 2.

The last league clash between these clubs was League One match day 23 on 26/12/2022 and the score finished Wycombe Wanderers 2-1 Bristol Rovers.

The match was refereed by Sunny Gill.

Looking at personnel, there is just a single fitness concern for the Bristol Rovers gaffer Joey Barton to contend with thanks to an otherwise robust group. Nick Anderton (cancer) will miss out.

With a completely healthy squad available for selection, the Wycombe Wanderers boss Gareth Ainsworth has zero fitness worries to speak of coming into this clash.

We’re of the view that Wycombe Wanderers and Bristol Rovers are probably both going to find scoring goals difficult here.

There should be little in it, and a draw looks quite a realistic result. That’s why our selection here is for a hard-fought 0-0 score at the end of the 90 minutes. 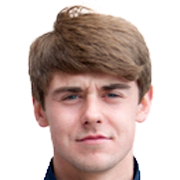 Typically played in the Central Attacking Midfielder position, Antony Evans was born in Kirkby, England. Having made his senior debut playing for Morecambe in the 2016 - 2017 season, the talented Midfielder has got 4 league goals in the League One 2022 - 2023 season to date coming from a total of 27 appearances.

While we have made these predictions for Bristol Rovers v Wycombe Wanderers for this match preview with the best of intentions, no profits are guaranteed. Always gamble responsibly, and with what you can afford to lose. Good luck if you do place a bet today.