Budafoki are going up against away side Ferencvárosi TC at Promontor utcai Stadion in the Nemzeti Bajnokság I tie on Sunday.

Our full set of predictions, statistics and match poll for Budafoki v Ferencvárosi TC can be seen below (plus the best game odds).

Budafoki will be looking for an improved result here following the 2-1 Nemzeti Bajnokság I loss in their previous game against Mezőkövesd.

The only player to score from Budafoki was Dávid Kovács (36'). Tamás Cseri (13') and Jakub Vojtuš (60') scored for Mezőkövesd.

It’s been seldom in recent times that Budafoki have managed to hold out for a full 90 minutes. The reality is that Budafoki have failed to prevent opponents from scoring in 5 of their previous 6 games, shipping 11 goals during that time. Nevertheless, time will tell if the trend might be replicated here in this match.

Ferencvárosi TC will go into the match after a 5-2 Nemzeti Bajnokság I win vs Paksi SE in their previous fixture.

Demonstrating their involvement in productive encounters, the back of the net has been hit 21 times in the prior 6 games in which Ferencvárosi TC have sent out their troops, making it an average of 3.5 goals per fixture. Opposing teams have got 8 of this grand total.

The last league meeting featuring these clubs was Nemzeti Bajnokság I match day 5 on 27/01/2021 when it finished Budafoki 0-3 Ferencvárosi TC.

The referee was Zoltán Iványi.

It doesn’t get much better regarding selection, with just the lone fitness concern for the Budafoki manager Csaba Csizmadia to contend with thanks to an otherwise robust group of players. Dániel Zsóri (Cruciate Ligament Rupture) misses out.

Due to a fully healthy squad available for selection, Ferencvárosi TC boss Serhiy Rebrov has no fitness worries at all ahead of this match.

We feel that Budafoki would be disappointed if they were not to find the back of the net against this Ferencvárosi TC side, although one goal probably won’t prevent defeat.

We therefore reckon that it will be a tight encounter finishing with a 1-2 advantage for Ferencvárosi TC after the 90. We are expecting it to be pretty even. 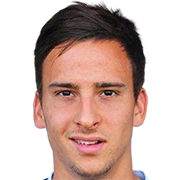 Mostly taking up the Central Attacking Midfielder position, Sebestyén Ihrig-Farkas was born in Hungary. After having played his first senior match for Budapest Honvéd FC in the 2014 - 2015 season, the goalscoring Midfielder has scored a sum of 5 league goals in this Nemzeti Bajnokság I 2020 - 2021 campaign to date from a total of 23 appearances.

We have made these Budafoki v Ferencvárosi TC predictions for this match preview with the best intentions, but no profits are guaranteed. Please always gamble responsibly, only with money that you can afford to lose. Good luck if you do place a bet today.