View all of the Cardiff City v Nottingham Forest predictions, poll and stats below (inc. the best betting odds).

Cardiff City, who won their previous game, will hope for a similar result following the 0-1 Championship victory over Swansea City.

Their latest results reveal that much solidity has been shown by the Cardiff City rearguard. The Bluebirds have kept it tight, seeing the tally of goals that have flown into the back of their net over the course of their past 6 games standing at 3. Previous results aside, we will just have to wait and see whether such a trend will be maintained here in this match.

Heading into this contest, Cardiff City are without a win at home for the past 2 matches in the league.

Previously, Nottingham Forest drew 1-1 in the Championship match with Brentford.

The forward players for Nottingham Forest have struggled for goals over their last 6 encounters, contributing the unsatisfactory return of just 3. In those fixtures, The Reds have also seen the collective goal tally against them equal 7.

Coming into this fixture, Nottingham Forest are without an away win for the past 3 matches in the league.

A look at their prior head-to-head meetings stretching back to 26/11/2017 tells us that Cardiff City have won 4 of these games & Nottingham Forest 2, with the tally of draws being 0.

A combined sum of 10 goals were scored between them in these games, with 7 for The Bluebirds and 3 netted by The Reds. That is an average goals per game value of 1.67.

With a fully injury-free squad to pick from, Nottingham Forest manager Chris Hughton doesn’t have any fitness worries to report ahead of this clash.

We feel that in this game, Nottingham Forest are certainly able to score against this Cardiff City team, however that may not quite be enough to avoid defeat.

Our selection here is for a tight encounter finishing with a 2-1 victory for Cardiff City after 90 minutes. Should be a good one. 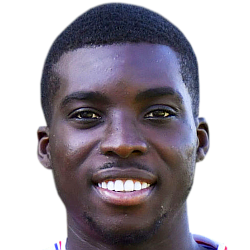 Normally deployed in the Right Attacking Midfielder position, Sheyi Ojo was born in Hemel Hempstead, England. After having made a senior debut playing for Wigan Athletic in the 2014 - 2015 season, the gifted Midfielder has managed to score 5 league goals in this Championship 2020 - 2021 campaign to date from a total of 36 appearances.

We have made these Cardiff City v Nottingham Forest predictions for this match preview with the best intentions, but no profits are guaranteed. Please always gamble responsibly, only with money that you can afford to lose. Best of luck with your selections.