Cardiff City will be the visitors at Swansea.com Stadium on Sunday for the Championship clash with home side Swansea City.

Full predictions, pre-match stats and user poll for Swansea City v Cardiff City are shown on this page - along with the latest match odds.

Russell Martin's Swansea City have found the net 5 times in their preceding six outings. Conversely, the tally of goals that have been scored against them in that time amounts to 8.

Coming into this clash, Swansea City are undefeated in their previous 3 league matches at home.

After a loss in their previous game against Reading in Championship competition, Cardiff City and their travelling supporters will be hoping that they can get a better result in this one.

The numbers tell their own story, and Cardiff City have been scored against in 6 of their last 6 games, letting opponents get 13 goals overall. At the back, Cardiff City just haven’t been too solid at all. It will be interesting to see if that trend can be continued on into this next match.

Going into this contest, Cardiff City haven’t won away from home in the past 2 matches in the league.

A review of their prior head-to-head clashes stretching back to 03/11/2013 shows us that Swansea City have won 3 of them & Cardiff City 2, with the number of draws standing at 1.

A sum of 8 goals were shared by the two clubs throughout the course of those matches, with 6 of them from The Swans and 2 for The Bluebirds. That’s an average goals per game of 1.33.

The previous league game between these clubs was Championship match day 38 on 20/03/2021 when it ended Swansea City 0-1 Cardiff City.

In that game, Swansea City managed 74% possession and 23 shots at goal with 1 of them on target.

Cardiff City got 9 attempts at goal with 7 on target. Aden Flint (8') scored.

The referee was Paul Tierney.

The Swansea City boss Russell Martin has zero fitness concerns whatsoever before this match with a fully injury-free group to choose from.

From a largely available group, there’s only the lone fitness issue for the Cardiff City boss Mick McCarthy to be concerned about. Joel Bagan (Shoulder Injury) won’t be playing here.

We’re of the view that Cardiff City certainly have the ability to find the net against this Swansea City outfit, although that is unlikely to prevent them from conceding a couple at the other end.

We can see a very close game with a 2-1 win for Swansea City by the conclusion of the game. Could easily see this go either way. 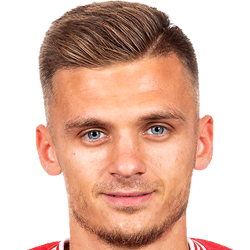 Mostly played in the Left Wing position, Jamie Paterson was born in Coventry, England. After having made a senior debut playing for Walsall in the 2010 - 2011 season, the dangerous Forward has scored a sum of 3 league goals in the Championship 2021 - 2022 season so far in a total of 11 appearances.

We have made these Swansea City v Cardiff City predictions for this match preview with the best intentions, but no profits are guaranteed. Please always gamble responsibly, only with money that you can afford to lose. Good luck if you do place a bet today.