In that match, FC Cartagena had 69% possession and 15 attempts on goal with 4 on target. For their opponents, Huesca had 4 shots at goal with 1 on target.

FC Cartagena have found it difficult to unlock defences in recent times. Their goals record stands at just 2 vs opponents during the course of their previous six matches. In those meetings, FC Cartagena have also seen the tally of goals scored against them come to 10. That sort of trend won’t necessarily be carried forward here, though.

Their prior results show that FC Cartagena:

In the game prior to this, Tenerife drew 0-0 in the La Liga 2 match with Ponferradina.

The stats don’t lie, and Tenerife have been scored against in 5 of their last 6 games, letting opponents get 7 goals in all. In defence, Tenerife just haven’t been too solid at all.

Leading up to this clash, Tenerife:

Checking on their most recent head-to-head meetings going back to 01/03/2011 shows that FC Cartagena have won 2 of these & Tenerife 1, with the tally of drawn games standing at 3.

A combined sum of 9 goals were scored between them during those clashes, with 4 for Efesé and 5 coming from Tenerife. This gives an average number of goals per game equal to 1.5.

That day, Tenerife had 40% possession and 17 attempts at goal with 3 on target.

FC Cartagena got 8 attempts on goal with 1 on target.

The match was refereed by Alejandro Quintero González.

Almost everyone can be considered, as there’s just the lone fitness concern for the FC Cartagena manager Luis Carrión to be concerned with due to a largely intact set of players. Iván Martos (Cruciate Ligament Injury) is out of contention.

Thanks to a fully healthy squad available to choose from, the Tenerife boss Luis Ramis has no fitness worries whatsoever ahead of this match.

We feel that Tenerife and FC Cartagena could both end up scoring in a what should be a good tussle with little between the two teams.

A draw is a real possibility, as we are expecting there to be little between them. That is why we are leaning toward a very even match with a 1-1 score draw when the full-time whistle blows. 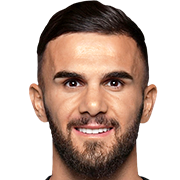 Normally taking up the Striker position, Armando Sadiku was born in Elbasan, Albania. Having played his first senior match for Elbasani in the 2010 - 2011 season, the gifted Forward has bagged 7 league goals in this LaLiga2 2022 - 2023 season so far in a total of 23 appearances.

While we have made these predictions for FC Cartagena v Tenerife for this match preview with the best of intentions, no profits are guaranteed. Always gamble responsibly, and with what you can afford to lose. Good luck!