Our tips, poll and stats for Celtic v Motherwell can all be found here including the latest game odds.

Celtic fans will want a repeat of their previous result, being the 3-0 Premiership success over Motherwell.

In that match, Celtic had 84% possession and 5 shots on goal with 2 on target. For Celtic, the goals were scored by Kyogo Furuhashi (21', 44') and David Turnbull (40'). Motherwell got 3 attempts at goal with 1 of them on target.

Celtic haven’t had any problems with scoring, finding the back of the net every time they’ve gone out to play in their last 6 matches.

They’ve totted up the amount of 16 during that time while also conceding a total of 5. With no two games being the same, time will tell whether that pattern will be maintained here in this game.

Their previous form shows that Celtic:

The stats tell the story, and Motherwell have been scored against in 5 of their last 6 games, letting opponents get 9 goals overall. Defensively, Motherwell have not been doing too well.

Heading into this fixture, Motherwell have left without a victory over Celtic when they have played them away from home in the previous 10 league matches. A very poor run of away results.

A quick look at their past head to head meetings going back to 30/08/2020 tells us that these encounters have not been kind to Motherwell. They’ve not been able to get any victories whatsoever while Celtic have been too good for them, finishing as winners in 100 per cent of those ties.

An aggregate of 18 goals were yielded between them throughout the course of those matches, with 16 of them from The Bhoys and 2 coming from The Steelmen. That’s an average goals per game of 3.

The last league match featuring these clubs was Premiership match day 5 on 14/05/2022 when the final score was Celtic 1-0 Motherwell.

That time, Celtic managed 89% possession and 4 shots at goal with 1 on target. The scorer was Kyogo Furuhashi (21').

For their opponents, Motherwell had 1 shots at goal with 1 of them on target.

The Celtic manager Ange Postecoglou has zero fitness worries at all before this game with a fully healthy group to pick from.

When taking all factors into account, Motherwell are certainly able to score a goal against this Celtic lineup, but it probably won’t be enough to prevent defeat.

We’re tipping a tight encounter finishing with a 2-1 win for Celtic at the end of the 90 minutes. Should be an interesting one. 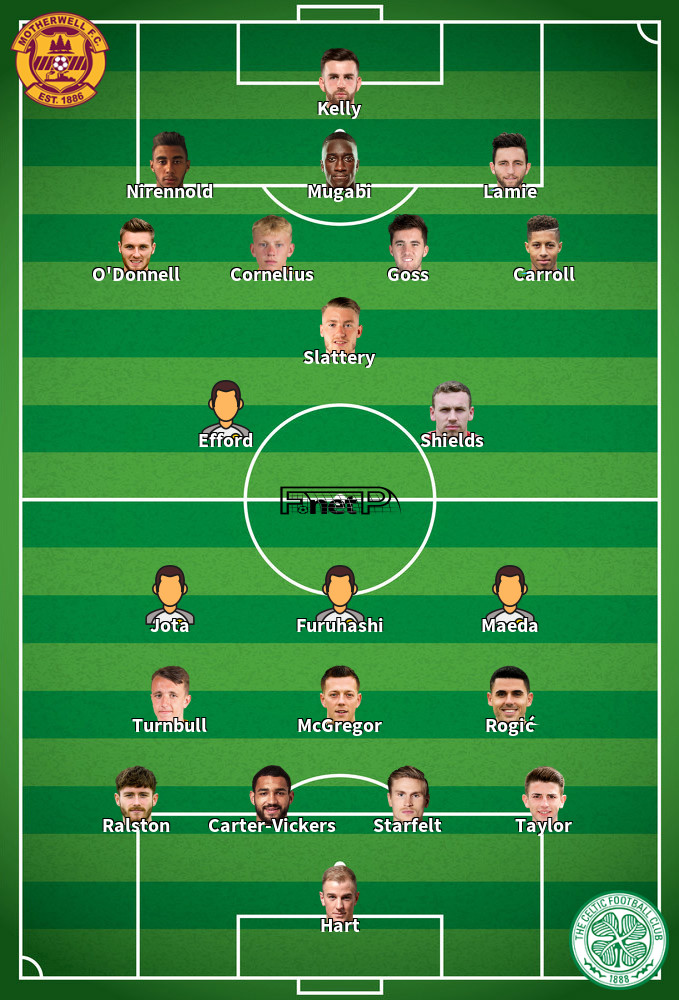 Typically deployed in the Right Wing position, Liel Abada was born in Petah Tikva, Israel. After having played his first senior match for Maccabi Petah Tikva in the 2018 - 2019 season, the accomplished Forward has accumulated 10 league goals in the Premiership 2021 - 2022 campaign to date from a total of 35 appearances.

We have made these Celtic v Motherwell predictions for this match preview with the best intentions, but no profits are guaranteed. Please always gamble responsibly, only with money that you can afford to lose. Good luck with your selections.