KVC Westerlo make the trip to Stade du Pays de Charleroi on Saturday for the First Division A clash with home side Charleroi.

Our tips, poll and stats for Charleroi v KVC Westerlo can all be found here - as well as up-to-date odds.

Charleroi will be hoping to bounce back here following the 3-2 First Division A losing effort in their last game against Oud-Heverlee Leuven.

At least three goals per game were recorded in 5 of the last 6 meetings where Charleroi have played. Their opponents scored 11 times in this period whereas Charleroi amassed a tally of 10. Such a pattern isn’t assured to be sustained into this match, however.

Going into this encounter, Charleroi haven't been beaten in the league by KVC Westerlo in their last 2 games.

KVC Westerlo head into the meeting after a 2-1 First Division A win over RSC Anderlecht in their previous outing.

In as many as 5 out of the previous 6 games involving KVC Westerlo, a minimum of three goals have gone in. The overall average goals scored per match during that spell is 4.17, with the average number of goals for KVC Westerlo working out to 1.83.

A look at their previous results shows us that KVC Westerlo:

Looking at their prior head to head meetings dating back to 19/12/2015 shows us that Charleroi have won 4 of these & KVC Westerlo 1, with the tally of drawn matches standing at 1.

11 goals were produced between them throughout the course of those matches, with 8 from Les Zèbres and 3 being from De Kempeneers. That is an average goals per game value of 1.83.

We’re of the opinion that KVC Westerlo will have their work cut out to score against this Charleroi outfit who should score at least once to put them ahead.

We therefore think that it’s going to be a highly competitive game with a 1-0 winning score for Charleroi at the end of this game. 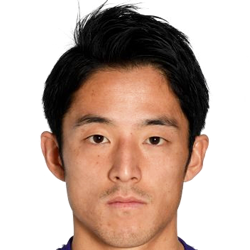 Mostly played in the Centre Midfield position, Ryota Morioka was born in Hyogo, Japan. After having played his first senior match for Vissel Kobe in the 2010 season, the accomplished Midfielder has managed to score 2 league goals in this First Division A 2022 - 2023 campaign to date coming from a total of 7 appearances.

We have made these Charleroi v KVC Westerlo predictions for this match preview with the best intentions, but no profits are guaranteed. Please always gamble responsibly, only with money that you can afford to lose. We wish you the best of luck.