Hansa Rostock journey to Stadion an der Gellertstraße on Saturday for the 3rd Liga clash with home side Chemnitzer FC.

Our Chemnitzer FC v Hansa Rostock predictions, statistics and match poll can be seen below - plus the latest betting odds.

Chemnitzer FC will be hoping to return to winning ways here following a 2-1 3rd Liga losing effort in their last game against Zwickau.

The only name on the scoresheet from Chemnitzer FC was Pascal Itter (75'). Elias Huth (50') and Mike Könnecke (84') scored for Zwickau.

It’s been seldom in recent games where Chemnitzer FC haven’t conceded. In fact, Chemnitzer have been scored against in 5 of their previous 6 clashes, shipping 10 goals on the way.

Going into this one, Chemnitzer FC have not lost a league tie with Hansa Rostock in their previous 2 games.

Hansa Rostock will go into the clash following on from a 1-0 3rd Liga win with the defeat of KFC Uerdingen in their last game.

The only name on the scoresheet from Hansa Rostock was Daniel Hanslik (19').

A series of accomplished displays by the Hansa Rostock defensive players has resulted in the number of goals they’ve conceded amounting to 4 from their past 6 fixtures combined. Over that same time, the number of goals that they have scored themselves amounts to 8. Nevertheless, time will tell whether the trend shall be sustained here in this match.

Coming into this fixture, Hansa Rostock are without an away win for the past 2 league games.

A glance at their past head to head meetings stretching back to 19/12/2015 shows us that Chemnitzer FC have won 3 of them and Hansa Rostock 2, with the number of drawn games being 1.

A total of 16 goals were produced between them during those clashes, with 9 from Chemnitzer and 7 belonging to Hansa. The average goals per game has been 2.67.

The previous league fixture between these clubs was 3. Liga match day 19 on 14/12/2019 when it finished Hansa Rostock 1-2 Chemnitzer FC.

Nils Blumberg (Muscular problems), Joannis Karsanidis (Cruciate Ligament Rupture) and Kostadin Velkov (Mensical Laceration) won’t be able to feature for Chemnitzer manager Patrick Glöckner. Philipp Hosiner will not be able to play in this game through being suspended.

Owing to a fully injury-free squad available to select from, Hansa Rostock manager Jens Härtel has zero fitness concerns at all before this game. The suspended players who are serving a ban for this game are Kai Bülow and Sven Sonnenberg.

For this match, we think that Chemnitzer FC are capable enough to put one past this Hansa Rostock outfit, however a single goal might not be enough.

We therefore reckon that it will be a very close game with a 1-2 win for Hansa Rostock when the full-time whistle blows. Looking forward to this. 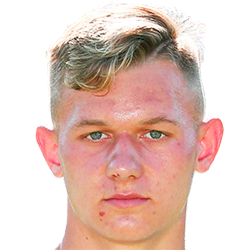 Customarily taking to the field in the Central Attacking Midfielder position, Erik Tallig was born in Germany. After making a first senior appearance for Chemnitzer FC in the 2017 - 2018 season, the gifted Midfielder has netted 6 league goals in the 3. Liga 2019 - 2020 season to date in a total of 27 appearances.

We have made these Chemnitzer FC v Hansa Rostock predictions for this match preview with the best intentions, but no profits are guaranteed. Please always gamble responsibly, only with money that you can afford to lose. Good luck!