Lokomotiv Plovdiv face off with visiting club Cherno More Varna at Stadion Lokomotiv in this First League game on Saturday.

All of our predictions, stats and the user poll for Lokomotiv Plovdiv v Cherno More Varna are shown below - plus the latest match odds.

Lokomotiv Plovdiv will be looking for another win after the 1-0 First League success over Cherno More Varna.

The only player to score from Lokomotiv Plovdiv was Babacar Dione (12').

Lokomotiv Plovdiv have struggled with their forward play in more recent games. Their ‘goals for’ figure equals just 4 versus opposing sides over the course of their last six matches. In those meetings, Lokomotiv Plovdiv have also seen the number of goals that have gone against them total 2.

During their six latest matches, Ilian Iliev's Cherno More Varna have fired home 10 times therefore yielding them the goals per game average of 1.67.

Looking at their most recent head-to-head clashes stretching back to 14/07/2019 tells us that Lokomotiv Plovdiv have won 2 of these games & Cherno More Varna 1, with the tally of draws standing at 3.

A combined sum of 10 goals were produced between them in this period, with 5 for Smarfovete and 5 belonging to The Sailors. The average goals per game has been 1.67.

The Lokomotiv Plovdiv boss Aleksandar Tomash does not have any fitness worries to speak of coming into this match thanks to a fully healthy group available to select from.

Due to a completely healthy squad to pick from, the Cherno More Varna manager Ilian Iliev does not have any fitness concerns to speak of ahead of this match.

In our view, Cherno More Varna and Lokomotiv Plovdiv could both end up scoring in a what should be a good tussle with little between the two teams.

Little in this one, and it’s almost too close to call. We’re therefore expecting a very close game with a 1-1 score when the referee blows the full-time whistle. 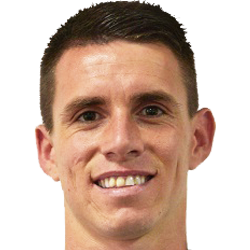 Customarily playing in the Right Wing position, Birsent Karagaren was born in Bulgaria. Having played his first senior match for Etar 1924 in the 2012 - 2013 season, the talented Forward has accumulated 3 league goals in this First League 2022 - 2023 season so far in 9 appearances.

While we have made these predictions for Lokomotiv Plovdiv v Cherno More Varna for this match preview with the best of intentions, no profits are guaranteed. Always gamble responsibly, and with what you can afford to lose. Good luck if you do place a bet today.