Our full set of predictions, statistics and match poll for Cherno More Varna v Tsarsko Selo can be seen below (including the best match odds).

Cherno More Varna will be looking for another win after a 3-1 First League victory versus Botev.

In that game, Cherno More Varna managed 61% possession and 14 shots on goal with 6 on target. For Cherno More Varna, goals were scored by Rodrigo Henrique (3', 6') and José Gomes (36'). On the other side, Botev got 4 attempts at goal with 2 on target. Atanas Iliev (25') was the scorer for Botev.

Under three goals per game were seen in 5 of the past 6 fixtures where Cherno More Varna have taken part. With regard to the goal split from that period, their opponents scored a total of 2 while The Sailors managed the sum of 6.

Coming into this fixture, Cherno More Varna are unbeaten in their last 6 home league matches.

Since a loss in their previous game against Levski Sofia in First League action, Tsarsko Selo will be aiming to make amends here.

In the course of their six latest matches, Antoni Zdravkov's Tsarsko Selo have slotted home a total of 8 times therefore yielding them a goals scored per game average of 1.33.

The last league match featuring the two was First League match day 21 on 15/03/2021 when the final score was Cherno More Varna 1-0 Tsarsko Selo.

In that game, Cherno More Varna had 45% possession and 9 shots on goal with 5 on target. Their only player to score was Stefan Velev (30').

On the other side, Tsarsko Selo got 4 shots on goal with 4 on target.

There’s just the lone fitness concern for the Cherno More Varna gaffer Ilian Iliev to be concerned about thanks to an otherwise robust set of players. Georgi Bozhilov (Achilles tendon surgery) won’t play.

Thanks to a fully injury-free group to choose from, Tsarsko Selo boss Antoni Zdravkov has zero fitness concerns whatsoever ahead of this match.

We believe that Tsarsko Selo will likely create enough chances to get a goal against this Cherno More Varna team, however it probably won’t quite be enough to avoid a loss.

We’re tipping a very close game with a 2-1 win for Cherno More Varna after the 90. Let’s just see how this one goes. 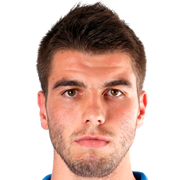 Normally used in the Central Defensive Midfielder position, Stefan Velev was born in Sofia, Bulgaria. Having played his first senior match for Beroe Stara Zagora in the 2010 - 2011 season, the goalscoring Midfielder has hit 3 league goals in the First League 2020 - 2021 season to date in 23 appearances.

While we have made these predictions for Cherno More Varna v Tsarsko Selo for this match preview with the best of intentions, no profits are guaranteed. Always gamble responsibly, and with what you can afford to lose. Best of luck.