Cliftonville will be at Windsor Park on Saturday for the Premiership clash with hosts Linfield.

All Linfield v Cliftonville game predictions, stats and user poll are shown below (plus the best game odds).

Linfield will be hoping to return to winning ways here after the 2-1 Premiership loss in their previous game against Crusaders.

The only player to score from Linfield was Christy Manzinga (42'). Paul Heatley (51') and Ben Kennedy (83') scored for Crusaders.

Their more recent scorelines really do illustrate the point that quality has been evident in the Linfield rearguard. Linfield have kept it tight, with the number of goals that have flown into the back of their net over the course of their last 6 games standing at 3.

A look at their previous results shows us that Linfield:

Cliftonville come into this encounter following a 2-4 Premiership win in the defeat of Warrenpoint Town in their last match.

Showing their involvement in high-scoring encounters, we’ve seen goals 20 times in the last 6 games in which Cliftonville have taken to the pitch, giving a mean average of 3.33 goals each meeting. Opposition teams have got 5 from this total. While that may be of interest, we’ll just have to find out whether the trend shall persist here in this game.

Heading into this contest, Cliftonville haven't won against Linfield in away games against them for the last 6 league games. Not good.

A review of their past head to head clashes dating back to 13/01/2020 tells us that Linfield have won 4 of them & Cliftonville 1, with the tally of draws standing at 1.

A combined sum of 18 goals were scored between them throughout the course of those matches, with 12 for The Blues and 6 belonging to The Reds. That’s an average goals per game of 3.

The previous league fixture featuring these sides was Premiership match day 7 on 01/10/2021 when the final score was Linfield 1-1 Cliftonville.

The referee was Keith Kennedy.

The Linfield manager David Healy will be happy not to have any fitness concerns whatsoever before this clash thanks to a completely injury-free group available to select from.

Owing to a completely injury-free group to pick from, the Cliftonville manager Paddy McLaughlin does not have any fitness concerns at all before this clash.

It looks to us like Cliftonville could really find it hard to put one past a Linfield outfit who certainly have the ability to control this match, should everything go as we’re expecting.

We are anticipating a 3-0 victory for Linfield at the end of the game. 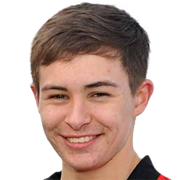 Usually playing in the Left Attacking Midfielder position, Jordan Stewart was born in N. Ireland. After having made a senior debut playing for Glentoran in the 2013 - 2014 season, the accomplished Midfielder has netted 2 league goals in the Premiership 2021 - 2022 season to date coming from a total of 12 appearances.

We have made these Linfield v Cliftonville predictions for this match preview with the best intentions, but no profits are guaranteed. Please always gamble responsibly, only with money that you can afford to lose.