Return to this page a few days before the scheduled game when this expired prediction will be updated with our full preview and tips for the next match between these teams.
Full-Time Result Prediction
👉
Clyde to Win

East Fife will be visiting Broadwood Stadium on Saturday for the League One fixture with home side Clyde.

To see all of our predictions, user poll & stats for Clyde v East Fife, scroll down - as well as the best betting odds.

Clyde enter this match coming off the back of a 0-0 League One draw against Queen's Park.

It’s not been often in recent games where Clyde have shown defensive steel. The facts show that Clyde have been scored against in 5 of their previous 6 games, giving up 14 goals on the way. Despite that, time will tell whether such a trend shall persist in this next game.

Looking at the pre-match facts, Clyde:

After tasting defeat last time out to Airdrie United in League One competition, East Fife will be aiming to make amends here.

The stats don’t lie, and East Fife have been scored against in 6 of their last 6 games, letting opponents get 12 goals in total. At the back, East Fife have not been doing too well.

Heading into this fixture, East Fife haven’t won away from home in the past 8 matches in the league. Who knows how long it might last, too.

Checking on their most recent head-to-head clashes stretching back to 26/11/2019 shows us that Clyde have won 3 of them & East Fife 2, with the tally of drawn games being 1.

In all, 13 goals were scored between them in this period, with 7 from The Bully Wee and 6 coming from The Fife. That’s an average goals per game figure of 2.17.

The Clyde boss Danny Lennon has zero fitness worries at all before this match with a fully injury-free group ready to go.

With a fully injury-free group ready to go, the East Fife manager Darren Young has zero fitness concerns at all coming into this clash.

We believe that East Fife will likely create enough chances to find the back of the net against this Clyde team, however it may not be enough to avoid defeat.

We can see a close game with a 2-1 victory for Clyde after 90 minutes. It’s a very tough call. 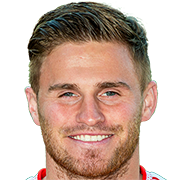 Typically deployed in the Striker position, David Goodwillie was born in Stirling, Scotland. Having made a first senior appearance for Dundee United in the 2005 - 2006 season, the skilful Forward has managed 11 league goals in the League One 2021 - 2022 season to date coming from a total of 14 appearances.

While we have made these predictions for Clyde v East Fife for this match preview with the best of intentions, no profits are guaranteed. Always gamble responsibly, and with what you can afford to lose. Best of luck.