Our full set of predictions, statistics and match poll for Hartlepool United v Colchester United can be seen below - along with the latest match odds.

Hartlepool United will be hoping to return to winning ways here following the 3-1 League Two defeat in their last game at the hands of Carlisle United.

The only scorer from Hartlepool United was Josh Umerah (28'). Morgan Feeney (6') and Kristian Dennis (26', 66') scored for Carlisle United.

Looking at their past form shows that Hartlepool United:

The only name on the scoresheet from Colchester United was Fiacre Kelleher (63'). Conor McAleny (49') scored for Salford City.

Looking at their form, and Colchester United have been scored against in 5 of their last 6 matches, seeing their opponents hit 7 goals in all. Defensively, Colchester United have some weaknesses to address. While that may be of interest, we must now wait to see whether such a trend will be replicated here in this game or not.

An examination of their past head to head clashes going back to 05/03/2013 tells us that Hartlepool United have won 1 of them and Colchester United 2, with the number of draws standing at 3.

A combined total of 12 goals were shared by the two clubs in this period, with 5 of them from The Pool and 7 coming from The U's. That’s an average goals per game figure of 2.

The previous league fixture between these sides was League Two match day 7 on 03/09/2022 when the final score was Colchester United 1-1 Hartlepool United.

Almost everyone can be considered, as there’s just the lone fitness concern for the Hartlepool United gaffer Keith Curle to be concerned about from an otherwise fully-primed group. Rollin Menayese (Ankle Injury) won’t play.

Due to a mostly healthy group, there is just the lone fitness worry for the Colchester United boss Matt Bloomfield to contend with. Alan Judge (Knee Injury) won’t be playing here.

Our feeling is that Colchester United and Hartlepool United could end up without much reward for their efforts here.

A scoreless draw looks like a real possibility, but we’ll see what happens. That is why we are leaning toward a close game with a 0-0 draw at the end of the 90. 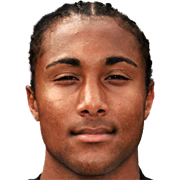 Mostly deployed in the Right Attacking Midfielder position, Wes McDonald was born in Lambeth, England. Having made a first senior appearance for Solihull Moors in the 2017 - 2018 season, the skilful Midfielder has scored a sum of 3 league goals in this League Two 2022 - 2023 season to date in a total of 22 appearances.

We have made these Hartlepool United v Colchester United predictions for this match preview with the best intentions, but no profits are guaranteed. Please always gamble responsibly, only with money that you can afford to lose. Good luck if you do place a bet today.