Colchester United will be the visitors at Boundary Park on Friday for the League Two game with home team Oldham Athletic.

Our predictions, user poll and statistics for Oldham Athletic v Colchester United can be found here (including the best match odds).

Oldham Athletic will be looking for an improved result here following the 0-1 League Two loss in their previous game against Stevenage.

It’s not been often in recent games where Oldham Athletic haven’t conceded. It will be a concern for them that The Latics have failed to prevent opponents from scoring in 5 of their previous 6 games, shipping 9 goals during that time.

Coming into this clash, Oldham Athletic are winless against Colchester United in their last 2 matches in the league.

In their previous fixture, Colchester United drew 1-1 in the League Two tie with Barrow.

The only scorer from Colchester United was Callum Harriott (33'). Tom Beadling (88') scored for Barrow.

The forward players for Colchester United have had real problems scoring goals in their past six encounters, contributing the disappointing return of only 4. In those fixtures, The U's have also seen the overall goal tally of their opponents equal 6. Previous results aside, we will just have to wait and see whether the trend shall continue on here in this game.

Looking at the statistics for their head to head meetings dating back to 18/08/2015, there has been little between the sides with Oldham Athletic winning 1 of those games, Colchester United 1 and 4 being draws after 90 minutes of play.

A combined total of 17 goals were yielded between them in this period, with 9 of them for The Latics and 8 belonging to The U's. The average goals per game has been 2.83.

The previous league encounter between these clubs was League Two match day 4 on 03/10/2020 and the score finished Colchester United 3-3 Oldham Athletic.

Oldham Athletic manager Keith Curle has no fitness worries to speak of before this clash with a fully injury-free group available to select from.

With a fully healthy group to pick from, Colchester United boss Hayden Mullins has zero fitness worries at all before this clash.

Our assessment is that Colchester United certainly have the ability to put one past this Oldham Athletic side, but that may not quite be enough to prevent defeat.

We’re tipping a tight encounter finishing with a 2-1 victory for Oldham Athletic when the full-time whistle blows. Looking forward to this. 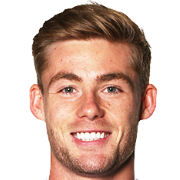 Mostly playing in the Striker position, Conor McAleny was born in Liverpool, England. Having made his senior debut playing for Everton in the 2011 - 2012 season, the dangerous Forward has struck 12 league goals in the League Two 2020 - 2021 season so far in a total of 33 appearances.

While we have made these predictions for Oldham Athletic v Colchester United for this match preview with the best of intentions, no profits are guaranteed. Always gamble responsibly, and with what you can afford to lose.