Independiente will arrive at Estadio B.G. Estanislao Lopez on Tuesday for the Superliga showdown with hosts Colón.

All of our predictions, stats and the user poll for Colón v Independiente are shown below - plus the latest match odds.

Colón will be hoping for a better result following the 0-3 Superliga defeat last time out to Independiente.

It’s been seldom in recent times that Colón have shown defensive steel. The reality is that Colón have seen their defence breached in 5 of their previous 6 games, leaking 6 goals on the way. That sort of pattern might not be continued into this next game, though.

Leading up to this clash, Colón:

The forward players for Independiente have failed to get amongst the goals over their last 6 clashes, netting the unsatisfactory return of only 3. In those matches, El Diablo Rojo have also seen the collective goal tally of opposing teams equal 10.

A review of their past head-to-head meetings stretching back to 24/08/2019 shows us that Colón have won 1 of them & Independiente 3, with the tally of drawn games being 2.

A sum of 16 goals were scored between them in these games, with 6 from Los Sabaleros and 10 created by El Diablo Rojo. This gives an average number of goals per game equal to 2.67.

The last league game between the two was Copa de la Liga Profesional match day 10 on 16/04/2022 which finished with the scoreline of Colón 2-2 Independiente.

That time, Colón managed 45% possession and 11 shots on goal with 2 of them on target. The scorers were Lucas Beltrán (22') and Luis Miguel Rodríguez (54').

At the other end, Independiente had 19 attempts on goal with 5 of them on target. Domingo Blanco (29') and Leandro Benegas (65') scored.

The Colón boss Julio Falcioni doesn’t have any fitness concerns to speak of coming into this game owing to a completely healthy group ready to go.

Owing to a completely injury-free group to pick from, the Independiente boss Eduardo Domínguez doesn’t have any fitness concerns whatsoever before this match.

In this match, Independiente will likely be able to score a goal against this Colón team, but that is unlikely to prevent them from conceding a couple at the other end.

Our selection here is for a very close game with a 2-1 victory for Colón when all is said and done. It really should be an interesting one. 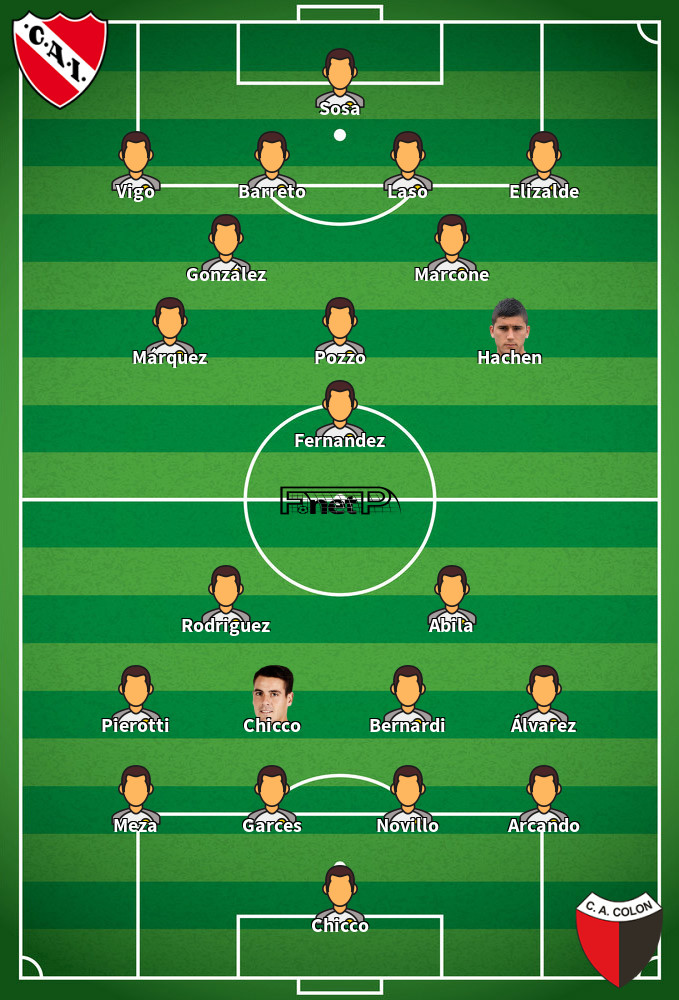 Generally taking up the Striker position, Facundo Farías was born in Santa Fe, Argentina. Having played his first senior match for Colón in the 2019 - 2020 season, the gifted Forward has scored a sum of 2 league goals in the Superliga 2022 campaign so far in a total of 7 appearances.

While we have made these predictions for Colón v Independiente for this match preview with the best of intentions, no profits are guaranteed. Always gamble responsibly, and with what you can afford to lose. Good luck with your selections.