All Colorado Rapids v Houston Dynamo match predictions, user poll and stats are shown below - plus the latest betting odds.

Colorado Rapids head into this game after a 1-1 MLS drawn result vs Sporting Kansas City.

Rapids have been finding it hard to keep clean sheets of late, although they’ve also managed to convert their own chances into goals. Over their last 6 matches, Rapids have been punished defensively in 6 of them as well as getting on the scoresheet in 5 of those matches.

After being beaten in their last game against Sporting Kansas City in MLS competition, Houston Dynamo and their fans will hope to get a better result this time.

Tab Ramos's Houston Dynamo have seen their goal attempts be successful a total of 10 times throughout their latest six matches. The overall goals that have been scored against them during the equivalent period comes to 5.

If we look at their past head to head meetings stretching back to 02/07/2017, there is nothing to separate the two clubs with Colorado Rapids winning 2 of those games, Houston Dynamo 2 and 2 being drawn in normal time.

16 goals were shared by the two clubs during those clashes, with 7 of them from Rapids and 9 being from Orange Crush. This gives an average number of goals per game equal to 2.67.

The last league match between these sides was MLS match day 32 on 18/08/2019 when it ended Houston Dynamo 2-2 Colorado Rapids.

The referee was Ismail Elfath.

Colorado Rapids manager Robin Fraser will be thankful to have no fitness concerns to speak of before this game thanks to a completely injury-free group to pick from.

With a completely healthy squad available for selection, Houston Dynamo boss Tab Ramos has no fitness concerns to report ahead of this game.

Here, we’re thinking that Houston Dynamo will need things to go their way to breach the defence of this Colorado Rapids lineup who we reckon should be able to grind out a win.

Therefore, we predict a hard-fought contest, finishing with a 1-0 win for Colorado Rapids after 90 minutes.

Over/Under 2.5 Goals Prediction for Colorado Rapids vs Houston Dynamo
Under 2.5 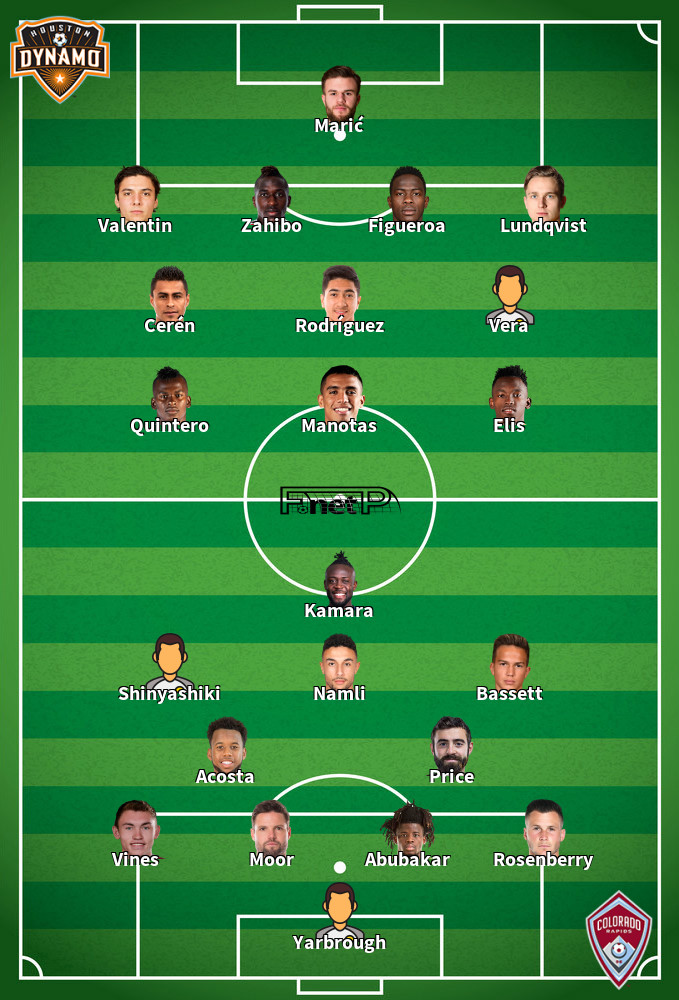 We have made these Colorado Rapids v Houston Dynamo predictions for this match preview with the best intentions, but no profits are guaranteed. Please always gamble responsibly, only with money that you can afford to lose.