Scroll down for all of our predictions, poll and stats for the Cork City v Shamrock Rovers game (plus the best game odds).

Cork City prepare for this fixture coming off the back of a 1-1 Premier Division drawn match vs Shelbourne.

The only name on the scoresheet from Cork City was Deshane Dalling (74'). Dayle Rooney (4') was the scorer for Shelbourne.

Neale Fenn's Cork City have netted a sum total of 7 times in their past 6 outings. The comparative tally of goals that have been scored against them in those games is 6.

Coming into this meeting, Cork City have left without a victory over Shamrock Rovers in their previous 8 league games.

Shamrock Rovers will go into the game following on from a 1-0 Premier Division win vs Bohemian FC in their last match.

The only scorer from Shamrock Rovers was Danny Lafferty (5').

A sequence of resolute showings by the Shamrock Rovers defensive unit has seen the number of goals they’ve conceded amounting to 4 from their past 6 clashes overall. During the same period of time, their own forwards have managed to score 7. That trend might not be sustained into this next game, of course.

A quick look at their past head to head results going back to 05/04/2019 shows that these encounters have not been fruitful for Cork City. They have not been able to register any victories at all while Shamrock Rovers have managed to find a way, winning in 83% of those match-ups.

An aggregate of 20 goals were shared by the two clubs in this period, with 3 of them for The Rebel Army and 17 coming from The Hoops. That’s an average goals per game of 3.33.

Cork City boss Neale Fenn doesn’t have any fitness concerns to speak of coming into this clash thanks to a fully injury-free squad to pick from.

Owing to a completely injury-free squad available for selection, Shamrock Rovers boss Stephen Bradley has no fitness concerns at all before this game.

We’ve got the feeling that Shamrock Rovers should fashion enough chances to find the net more than once while not conceding when they come up against Cork City, who will probably not find it easy getting on the scoresheet.

We therefore think that it’s going to be a controlled 0-2 margin for Shamrock Rovers at full-time.

Over/Under 2.5 Goals Prediction for Cork City vs Shamrock Rovers
Under 2.5 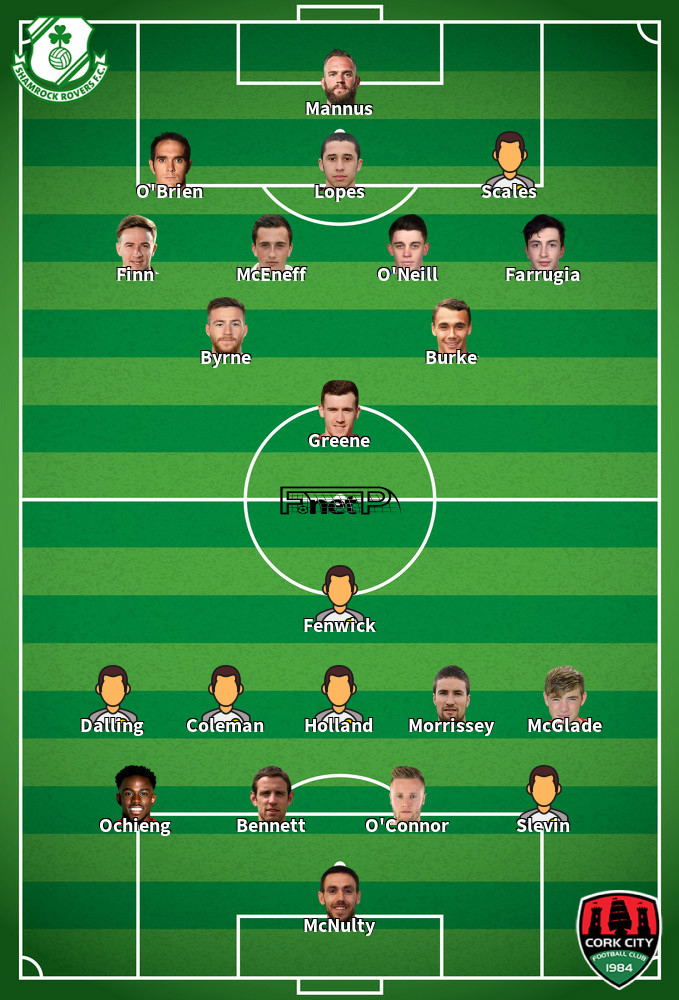 Normally deployed in the Left Wing position, Deshane Dalling was born in England. After having made a senior debut playing for Cork City in the 2020 season, the gifted Forward has scored a sum of 2 league goals in the Premier Division 2020 season so far in a total of 7 appearances.

While we have made these predictions for Cork City v Shamrock Rovers for this match preview with the best of intentions, no profits are guaranteed. Always gamble responsibly, and with what you can afford to lose.