Our Cosenza v Frosinone tips, poll and stats can be seen in full below - as well as the best betting odds.

Cosenza will be wanting a better result here after a 1-0 Serie B loss in their previous game against Alessandria.

Marco Zaffaroni's Cosenza have hit the target a sum total of 7 times in their preceding 6 outings. The corresponding number of goals that have been scored against them in those games amounts to 8.

Ahead of this clash, Cosenza are unbeaten in their last 3 home league matches.

Since a loss in their previous game against Cittadella in Serie B action, Frosinone will be hoping to turn things around here.

A tendency of at least one team not managing to score in games featuring Frosinone has been fairly consistent in recent matches. Examining their last six games shows that this has happened 5 times. In these clashes, opposing sides have hit a goal total of 3 while Frosinone have scored 6. Such a trend won’t necessarily be sustained into this next game, however.

The previous league game featuring these clubs was Serie B match day 27 on 06/03/2021 and the score finished Cosenza 1-2 Frosinone.

In that match, Cosenza managed 42% possession and 7 attempts at goal with 2 of them on target. Their only player on the scoresheet was Luca Crecco (7').

For their opponents, Frosinone got 13 shots at goal with 8 on target. Andrija Novakovich (45') and Przemysław Szymiński (86') scored.

Thanks to a fully injury-free group available to select from, the Frosinone manager Fabio Grosso doesn’t have any fitness worries at all before this match.

Here is a game where Cosenza could well find it tough to see themselves scoring against this Frosinone outfit who we think might emerge victorious.

We’ve gone for a very even match with a 0-1 victory for Frosinone at the end of the match. 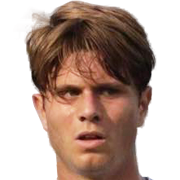 Mostly used in the Striker position, Gabriele Gori was born in Florence, Italy. After having made a senior debut playing for Foggia in the 2018 - 2019 season, the skilful Forward has scored a sum of 3 league goals in this Serie B 2021 - 2022 campaign to date from a total of 7 appearances.

We have made these Cosenza v Frosinone predictions for this match preview with the best intentions, but no profits are guaranteed. Please always gamble responsibly, only with money that you can afford to lose. Good luck if you do place a bet today.