Return to this page a few days before the scheduled game when this expired prediction will be updated with our full preview and tips for the next match between these teams.
Full-Time Result Prediction
👉
Modena to Win

Modena will host away team Cosenza at Stadio Alberto Braglia in this Serie B meeting on Saturday.

Scroll down for all of our predictions, poll and stats for the Modena v Cosenza game - as well as up-to-date odds.

Modena prepare for this game after a 0-0 Serie B tied result vs Cosenza.

It has been a rare occasion in recent games that Modena have managed to hold out for a full 90 minutes. The reality is that Modena have seen their defence breached in 5 of their previous 6 games, shipping 11 goals along the way. That trend isn’t assured to be sustained into this game, though.

The stats don’t lie, and Cosenza have been scored against in 5 of their last 6 matches, letting opponents get 9 goals overall. Defensively, Cosenza could really do with shoring things up.

Coming into this clash, Cosenza are without a win away from home in their last 9 league games. Who knows how long it might last, too.

The last league clash featuring the two was Serie B match day 2 on 21/08/2022 which finished with the scoreline of Cosenza 2-1 Modena.

In that match, Cosenza had 49% possession and 9 attempts on goal with 3 of them on target. Goals were scored by Aldo Florenzi (67') and Marco Brescianini (80').

On the other side, Modena had 13 shots at goal with 4 on target. Nicholas Bonfanti (33') scored.

The match was refereed by Ermanno Feliciani.

There aren’t many selection issues, with just one fitness concern for the Modena gaffer Attilio Tesser to contend with from of an almost fully healthy squad. Thomas Battistella (Hip Injury) misses out.

Thanks to a largely healthy squad, there is only a single fitness worry for the Cosenza manager William Viali to be concerned with. Alessandro Cortinovis (Unknown Injury) misses out for this game.

We’re inclined to think that Cosenza should get enough chances to score against this Modena side, although it probably won’t quite be as many as they’ll concede.

We think that it’s going to be a tight encounter finishing with a 2-1 winning margin for Modena after the 90. Let’s see what eventuates. 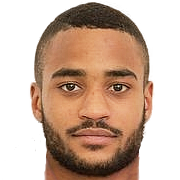 Regularly deployed in the Striker position, Davide Diaw was born in Cividale del Friuli, Senegal. Having made his senior debut playing for Entella in the 2016 - 2017 season, the accomplished Forward has scored 6 league goals in this Serie B 2022 - 2023 campaign so far from a total of 17 appearances.

While we have made these predictions for Modena v Cosenza for this match preview with the best of intentions, no profits are guaranteed. Always gamble responsibly, and with what you can afford to lose. Best of luck.